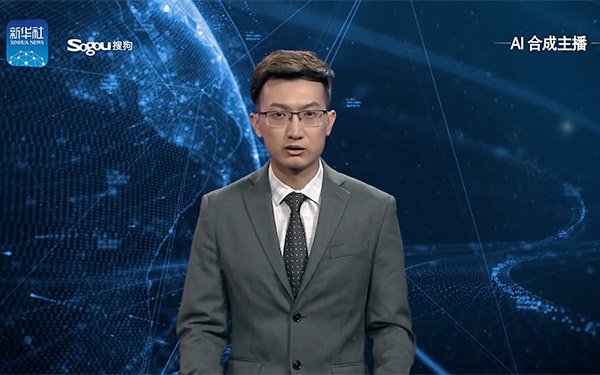 Artificial intelligence is making the news.

More precisely, it’s being used in a new way to report the news, in the form of an AI news anchor just introduced in China.

An English version of the AI anchor, essentially a clone of a real anchor, opens with an introduction to the new news service feature.

“Hello everyone, I’m an English artificial intelligence anchor,” the anchor says in his first broadcast. “This is my very first day in Xinhua News Agency. My voice and appearance are modeled on Zhang Zhao, a real anchor with Xinhua.

"The development of the media industry calls for continuous innovation and deep integration with the international advanced technologies. I’ll work tirelessly to keep you informed as texts will be typed into my system uninterrupted. I look forward to bringing you the brand new news experiences.”

In describing the looks of the AI anchor, the BBC said it “appears that photo-like facial features have been applied to a body template and animated.” There’s also a Chinese version, with a different face doing the speaking.

The AI synthetic news anchor reportedly also can work nonstop, 24 hours a day, as long as someone -- or something -- keeps feeding it the news.