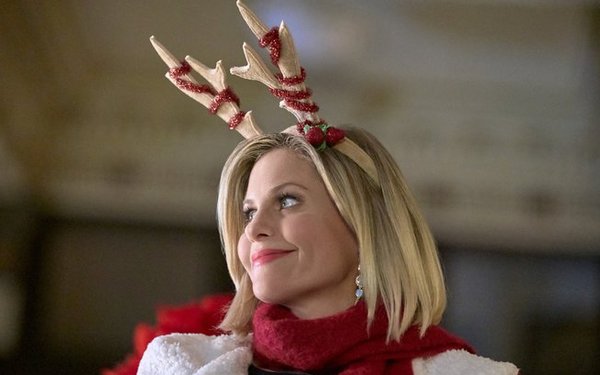 Could there be anything more overwhelming during the holiday season than choosing your audio playlist from the seemingly overwhelming amount of Christmas music released over the decades?

Well, how about choosing from an endless number of Christmas movies, especially since made-for-TV titles have become something of a cottage industry in recent years?

Just last night, you could have watched the premieres of ”Jingle Belle” on Lifetime, ”The Truth About Christmas” on Freeform, ”Christmas Cupid’s Arrow” on Ion, ”A Stone Cold Christmas” on Bounce, and ”A Shoe Addict’s Christmas” on Hallmark, the king of the genre.

What were these movies about? I would guess that someone in each has a problem that gets solved by the very happy ending, usually timed to a Christmas event. Also, unless it’s mostly about kids, each film features holiday romance.

Many more new films of this ilk --10 on Hallmark alone -- will be arriving on the airwaves by December 25. Backed up by reruns of dozens -- dare I say, hundreds? -- of similar titles released over the years, they allow for an unending marathon of feel-good pre-Christmas cheer.

Hallmark and its sister channel Hallmark Movies & Mysteries are known for going into nothing-but-Christmas mode at this time of year. But you may be surprised that Hallmark had already premiered seven new Christmas films before Thanksgiving -- before unleashing five over the just-concluded holiday weekend.

In fact, Christmas at Hallmark began even before Halloween, with the premiere of “Christmas at Pemberley Manor.”

And don't be surprised if the channel’s “Countdown to Christmas” creeps up even earlier in coming years.

These movies are a ratings bonanza. Last Tuesday, for example, Hallmark declared that it had been the most-watched cable network for three consecutive weeks in four different segments: households, total viewers, women 25-54, and women 18-49.

Viewers’ desire for original Christmas movies hasn’t just been recognized by cable and broadcast channels. Last year, Netflix scored with “A Christmas Prince,” and this year has already premiered “The Holiday Calendar,” “The Christmas Chronicles” and “The Princess Switch” -- which isn’t a sequel to “A Christmas Prince.”

That sequel, titled “A Christmas Prince: The Royal Wedding” (should have seen this coming), will drop this Friday, November 30. Expect a happy ending.