Apple To Make History On Amazon 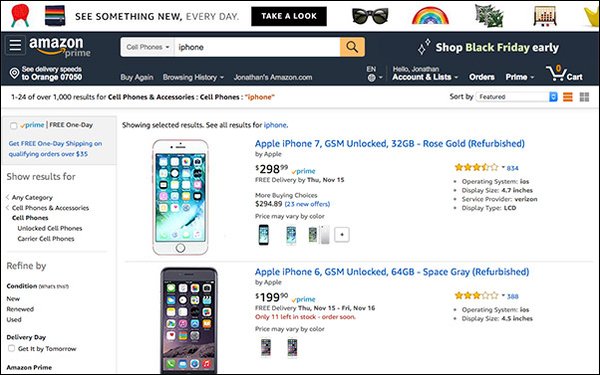 Product searches on Amazon have begun to outpace those on Google, Bing and other search engines. Perhaps that’s why Apple signed a deal to expand the selection of products sold on Amazon, confirming that the marketplace continues to gain traction as the first stop for product-type searches online.

In other words, Amazon will sell and ship Apple and Beats products.

The news, announced November 9, will give Amazon access to Apple's latest devices such as the iPhone XR, iPhone XS, and Apple Watch Series 4. The deal -- which spans across Germany, Italy, France, India, Japan, Spain, the U.S. and the UK -- also includes Apple’s Beat headphones.

Amazon already sells some Apple products direct to consumers, but now only Apple-authorized resellers will be allowed to sell Apple and Beats products on Amazon's marketplace.

Those selling on the marketplace now have until January 4, 2019 to sell their existing products before Amazon removes all of their listings.

More than 54% of all product searches across the internet now occur on Amazon, Deren Baker, Jumpshot CEO, told Bloomberg in an interview in October. “Once you get into Amazon, we have seen a strong growth in the number of product placements on their site,” he said. “The product views that emanated from a sponsored click has increased from 3% to 7% in the past 18 months.”

It will be interesting to see whether conversions actually take longer on Amazon versus Apple’s own site.

The time a consumer searches to make a purchase is much shorter on Google compared with Amazon, Baker said. About 35% of those purchases were made within five days on Google, compared with 20% on Amazon.

Amazon seems to be turning into a product discovery engine. Consumers will type in a product to find not only the products they recognize, but Amazon’s private-label product, and competing products. Then they might turn to Google to understand the purchase price or quality. They might search on Google to compare the product with other brands.

This column was previously published in the Search Insider on November 12, 2018.