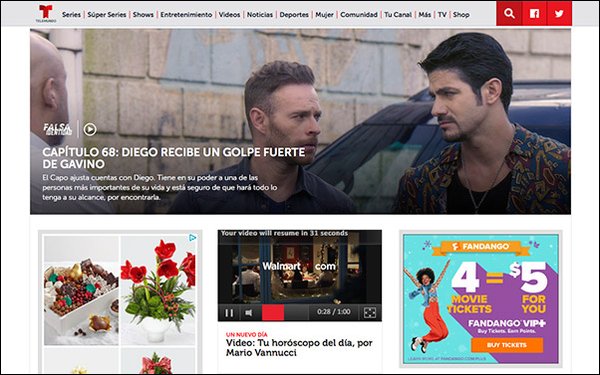 Telemundo plans to debut an English-language newscast on YouTube in third-quarter 2019.

The objective is to reach young, millennial Hispanics with news relevant to the demographic. The platform was chosen because U.S. Hispanics over-index on YouTube, notes Romina Rosado, senior vice president of digital media and emerging business, Telemundo Digital Enterprises.

The average age for U.S. Hispanic YouTube users is 27, per Nielsen.

Rosado says the future 20-minute newscast will be monetized through ads and sponsorship, as well as a revenue-share arrangement with YouTube.

The newscast is thanks, in part, to a Google News Innovation YouTube grant, which focuses on empowering news organizations and business models that can sustain growth.

It will be the first Noticias Telemundo production outside the traditional Telemundo platform. (Telemundo has had a YouTube platform since 2007.)

“We want to appeal to young Latinos living here in the U.S. who are bilingual and bicultural. We call them “200%ers”: 100% Latino and 100% American. For them, language and platform are simply choices,” says a Telemundo rep.

Telemundo’s goal, Rosado adds, is to “reinvent the traditional broadcast news for the LatinX generation: the multicultural, multiracial, mobile, millennials in the United States.”