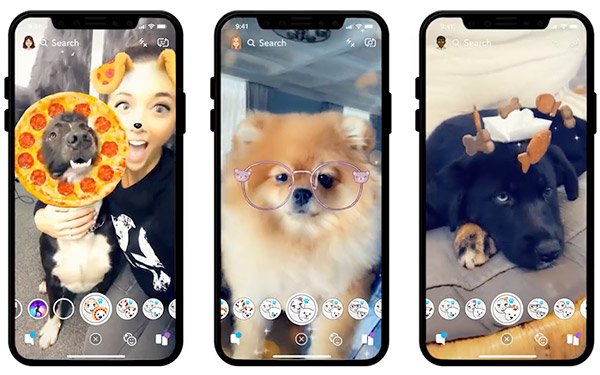 With its stock in the dumps and its CEO in the hot seat, Snap is going to the dogs. The struggling social network is adding augmented reality “lenses” for users’ four-legged friends.

Unveiled on Christmas Eve, the company is calling the offering “a new treat for you and your best friend.”

Positioning the effort partly as a philanthropic endeavor, Snap launched the new lenses in partnership with Wags & Walks, a Los Angeles-bases animal advocacy and rights group.

Charity aside, Snap is hoping the new lenses can provide its service with a much-needed boost.

In terms of usership, Snap seems to be holding its own. From October 2017 to October 2018, Snapchat saw digital consumption increase by 35%, while new user adoption was up 13%, per Nielsen.

Yet, the growth isn’t satisfying investors and analysts, many seem to believe that Snap’s best days are behind it.

Once valued at more than $30 billion, the company’s market cap recently sunk below $7 billion, while analysts worry the worst is yet to come.

Current and former Snap employers are increasingly pointing the finger at founder-CEO Even Spiegel, recently detailed by The Wall Street Journal. Among other missteps, Spiegel is being blamed for over investing in Spectacles -- Snap’s video-capturing sunglasses.

Perhaps the most ambitious play involves Amazon and what Snap hopes is its own burgeoning commerce strategy. The partners recently started testing a visual product search feature, which lets users search for products simply by snapping their photo -- or their barcode -- with a smartphone.
artificial intelligence, augmented reality, digital, mobile, pets, social media
1 comment about "Snapchat Offers Augmented Reality Filters For Dogs".
Check to receive email when comments are posted.
Next story loading