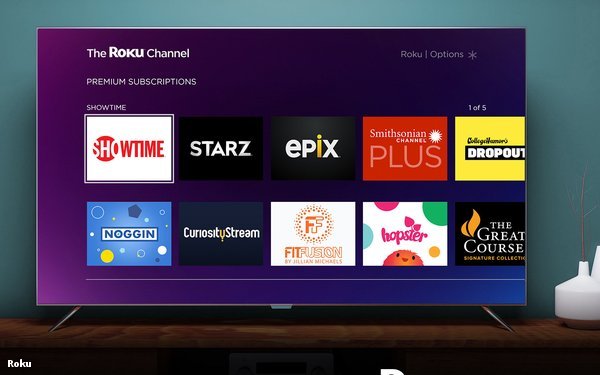 Roku is hoping that with enough scale, its premium subscription service can make it a viable competitor to other streaming middlemen, like Amazon Channels.

Starting later this month, users will be able to browse more than 25 premium subscription services through Roku Channel, including Showtime, Starz, and Epix. They will be able to activate seven-day free trials using their existing Roku login information, with one click.

Users will manage their subscriptions through Roku’s software.

Other premium channels available at launch include CuriosityStream, College Humor’s Dropout and Noggin, with additional services poised to follow.

Roku originally launched The Roku Channel as a free, ad-supported network to watch movies and TV shows. It has since expanded, making it available on the web and on mobile devices.

With its latest announcement, the company is positioning the channel as a key part of its business plan going forward.

As streaming networks seek to expand their subscriber base, they are increasingly turning to third-parties to help them reach new consumers. Typically, the middleman will take a cut of the subscription fee for referring new subscribers.

By far, the most successful of these companies is Amazon, with its Amazon Channels service.

Now Roku, which leads the connected TV market through its dongles, boxes and smart TV integrations, is betting it has the scale and targeting necessary to accomplish a similar goal.

Roku already serves as the gateway to many premium channels, with users downloading apps from these companies to watch the programming they already subscribe to.

The shift to Roku Channel is meant to improve discoverability and remove some of the friction in signing up for these services.