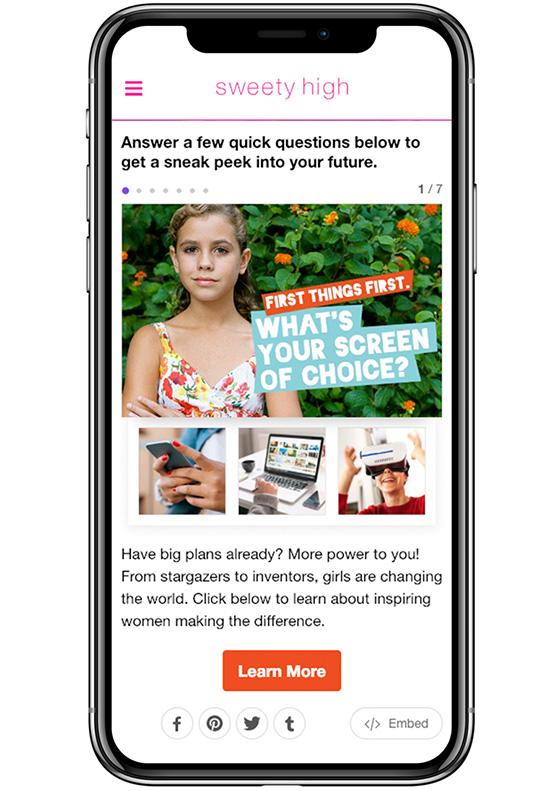 The Ad Council and Playbuzz are releasing results from last year's first-of-a-kind initiative aimed at motivating teen girls to pursue STEM careers that included one of the largest coalitions of partners, including GE, Google, IBM, Microsoft and Verizon.

The "She Can STEM" campaign engaged over 40,000 girls with a quiz designed to match their potential STEM career based on their social media habits. Most users (81.27%) that started the quiz continued to answer questions until they received their result.

The average dwell time was one minute twenty seconds, exceeding the one minute benchmark.

Further, the accompanying visual-heavy story itself was extremely engaging, and 84.54% of users that viewed the content engaged with it.

Additional insights learned from the project include that 75% of users select mobile as their screen of choice; 38% don't edit their social posts, other than use a filter; and 25% would want to feature pranks on family and friends if they had their own YouTube channel.

The most popular suggested careers for the quiz takers were launching a fashion app (28%), becoming an acoustical engineer (25%), and turning into a game coder (19%).

The “She Can STEM” campaign will continue to launch new content throughout the upcoming year.