Diet Coke Launches Edgier 'Because I Can' Creative 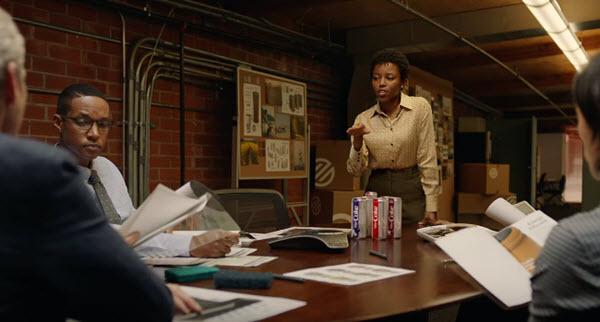 Looking to build on the momentum of last year's repositioning aimed at attracting millennial and Gen Y consumers, Diet Coke and Anomaly are out with new ads that continue the brand's year-old “Because I Can” campaign  — but with an edgier tone than the campaign's first round of ads.

When it introduced its taller, sleeker cans and four new flavors in 2018, the brand dropped its traditional big-name celebrity approach in favor of ads featuring young actors talking about having the confidence to do what they want to do, and drinking Diet Coke because its taste makes them feel good.

The new "Because I Can" creative — including three new TV/digital spots in 30- and 15-second versions, all launching on Jan. 23 across broadcast and cable — portray the beverage in the context of the everyday lives of the target consumers. The ads also serve to introduce two more new flavors (strawberry guava and blueberry acai.

“In year two of the campaign, we were able to dig a bit deeper into [the “Because I Can”] philosophy and get a little grittier with our tone,” Kerri Kopp, group director, Diet Coke, tells Marketing Daily. “It’s more relatable, more authentic, and spans across a number of touchpoints: TV to social, experiential to shopper, out-of-home to digital.”

“Big Meeting” (still image above) shows a young woman, fueled by a “Diet Coke strawberry guava canned breakfast,” wowing her “biggest critic, Neal from research,” with a presentation she had to complete eight hours sooner than originally expected.

“Late Night Driver” (below) features a young woman who works all night as an on-demand driver — not for the money, but because she gets a charge out of the diverse types of people she drives around, according to the voiceover.

“Sophomore Hustle” shows a 20-year-old student majoring in astrobiology, who, instead of having the luxury of “finding himself” in college, is “running the biggest underground sandwich joint in the Des Moines area” to put himself through school.

The repositioning has been paying off. “Diet Coke has been trending well since its relaunch,” confirms Kopp. “After several years of volume declines, the brand was even on a year-to-date basis [as of the third quarter, ended Sept. 28], a five-point improvement versus the historical trend. More important, we’re growing revenue. We’ve seen an increase in younger drinkers being attracted to the product — and specifically the new Diet Coke flavors—as a result of our restage.”

The Coca-Cola Company reported that Diet Coke returned to positive volume growth in North America as of this year’s first quarter as a result of the rebranding. Diet Coke’s improvement, coupled with double-digit sales gains for Coca-Cola Zero Sugar and price increases, helped boost profits by 30% in the third quarter.

Diet Coke’s new creative will debut in prime-time programming including NBC’s “Chicago Fire.” The brand will also stage a  Hulu takeover on Jan. 27. The campaign will continue across linear, digital and social through the end of September.