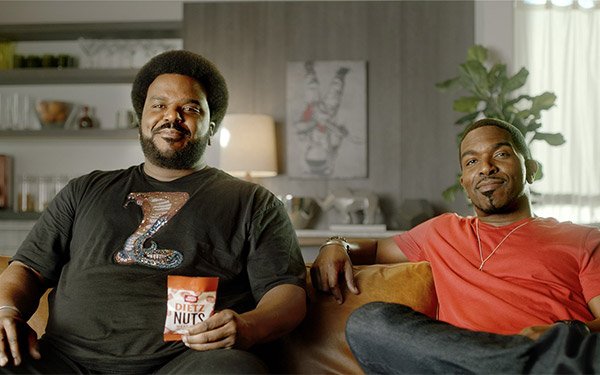 The original idea played off the brand’s Dietz name, as well as the “Deez Nuts” meme that has bubbled into pop culture over the years. Most recently, “Deez Nuts” ran as an independent candidate in the 2016 presidential election and polled as high as almost 10% in North Carolina.

However, instead of simply introducing a spoof Deez Nuts product to potentially attract viral Super Bowl attention, D&W realized it had a unique opportunity to create a new game-day snack that would continue to sell well after the Super Bowl.

So the brand has launched Dietz Nuts -- the company’s first “meat nut” snack, otherwise known as a sausage bite.

“As soon as RTO+P came to us with the concept, we knew we had to run with it," says Lauren Eni, VP, brand strategy, D&W. "What’s resulted is the launch of a 'first-ever' product, the expansion of our brand portfolio and culturally-inspired campaign – marks a very exciting moment for our 80-year-old brand.”

The RTO+P-developed creative includes a 30-second spot with comedian Craig Robinson discussing the snack with his brother Chris as he continually repeats the Dietz Nuts name.

Dietz Nuts is available on Amazon Fresh, Amazon Prime Now and Dietzandwatson.com, in time of course, for Sunday's Big Game.