Would Netflix Ever Sell To Apple? 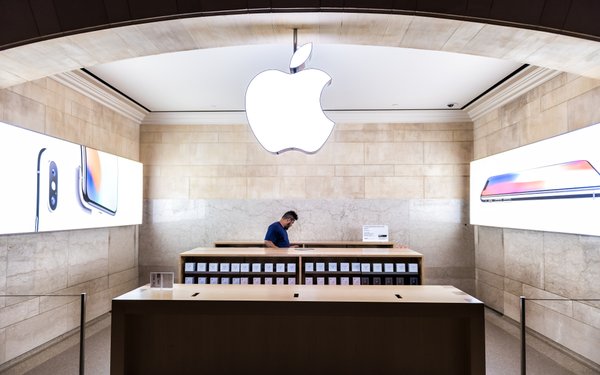 Netflix is king of the streaming video hill, and Apple rules the roost among consumer electronics companies, and is sitting on hundreds of billions of dollars in cash. Apple is also very, very interested in streaming video, and is spending $1 billion plus to enter the market this year.

All that begs the question: would Apple make a bid at buying Netflix? And would Netflix even consider selling itself to the tech giant?

Rumors of such a tie-up were given new life this week after a JPMorgan research note, written by Samik Chatterjee, suggested that such a deal is “the best strategic fit” when looking at potential acquisitions in the video space. Of course, a good strategic fit isn’t the only necessary component to a deal.

“While we appreciate that Netflix is an unlikely seller for a modest premium and the transformational nature of the acquisition makes it less realistic, we believe there is value to acquiring the most successful player in this space, which is hard to replicate with a smaller player in this market,” Chatterjee writes.

In other words, Netflix will not want to sell for a modest premium over its current stock price, and a mega-deal at a major premium may be a tough sell for Apple. A 20% premium would be around $189 billion, making such a sale extremely expensive for Apple, while also potentially being not quite big enough for Netflix, which sees the sky as the limit for its growth.

Indeed, there seen to be many benefits of such a tie-up for Apple. As video becomes more about scale, smaller content players, and even Apple’s own efforts, seem tiny by comparison to the rest of the market.

JPMorgan expects Apple to continue spending more money on original content, but thinks it will be a “slow ramp,” rather than the mega-spending coming from Netflix. And with other media companies also poised to spend billions of dollars on content this year, Apple’s efforts remain smaller.

Still, Apple is clearly committed to video, seeing an opportunity to bolster its hardware sales, but also its advertising revenue.

It’s hard to believe, but a content company like Viacom — which just bought its own streaming service in Pluto TV — could be had for a fraction of the price of Netflix.

With a market cap of just over $12 billion, Viacom would deliver a wealth of content to Apple at a much lower price point. That being said, Viacom lacks Netflix’s technical know-how, which is one of the things that makes the streaming company so attractive.

So will Apple make a splashy acquisition to commit to the video space, or will it try and forge its own path? As the company readies its first slate of original programming, we may find out that answer sooner rather than later.