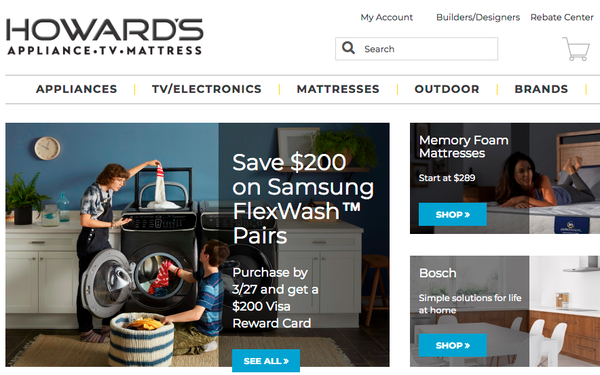 USIM has been named media agency of record for Howard’s Appliance, TV & Mattress, one of the largest retailers in the category in Southern California.

Billings were not disclosed, but USIM will lead Howard’s media efforts, including a strategy and communications plan to increase foot traffic and sales in the retailer’s 12 locations across the region.

Howards digital media was previously handled by Ad Taxi, and USIM was an incumbent on traditional media, and the consolidation follows a formal review.

The account will be managed out of USIM’s Los Angeles office.