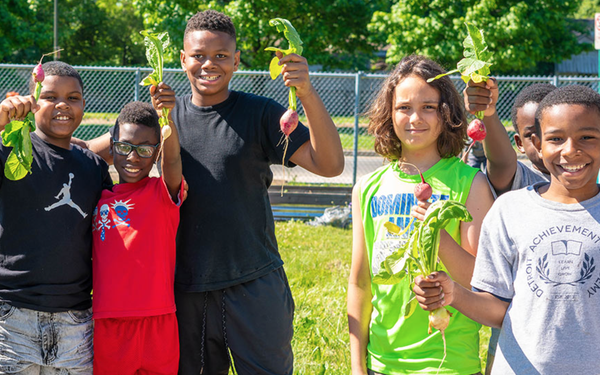 Millennials, Gen Z and Gen X are more likely than boomers to choose organic, according to a recent survey from organic produce company Earthbound Farm.

Upwards of 50% for the younger generations and only 30% of boomers choose organic, per the "Annual Organic & Other Lifestyle Choices" survey.

Of the 500+ consumers surveyed, 40% say they plan to increase their household's organic consumption in 2019. Earthbound Farm has been conducting a contest on Instagram asking consumers to detail why they choose to eat organic foods using the hashtag #IChooseOrganic.

Generally speaking, consumers who shop organic can’t be put into a stereotypical box, according to the survey. Their lifestyle choices are more mainstream and diverse than most contemporary stereotypes of pro-organic shoppers.

Health is still the number-one reason to purchase organic, with 75% saying that's their main reason for choosing the category. The next closest reason (at a big distance) was because "it's higher quality" at 45%, with 44% saying they choose organic because it's better for the environment.

Meal occasions for organic show a variance in priorities. Seventy-one percent of household shoppers with children in the home say it would be somewhat or very important to them to feed their child's classmates or teammates an organic snack if they were on snack duty. People with kids at home are more likely than those without kids to buy organic (52% vs 41%).

While 48% of all organic consumers say they're open to any kind of organic product, 52% of house shoppers say it would be important to them to include organic food at a dinner party.

Fresh fruits and vegetables are the most commonly purchased organic product category (with 84% saying they purchase it ), followed by fresh eggs (56%), fresh dairy (55%) and fresh meat (54%). Alcoholic beverages is the category with the fewest consumers saying they buy an organic option at least occasionally (10%). Organic Halloween candy also isn’t sought after, with 48% of organic shoppers still saying "no way" and 34% who only say yes if it's on sale.

As for which lifestyle choices correspond with organic shopping, organic shoppers are most likely to say they'll listen to any kind of music, followed by rap or hip-hop. Pet owners are more likely than non-pet owners to choose organic. Forty-nine percent of organic consumers consider themselves sports fans.