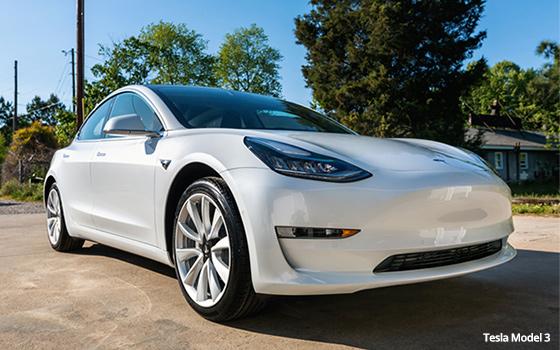 The move online aims to help the company lower all vehicle prices by about 6% on average, Tesla wrote in a blog post.

“Over the next few months, we will be winding down many of our stores, with a small number of stores in high-traffic locations remaining as galleries, showcases and Tesla information centers," the company wrote.

Trip Chowdhry, managing director at Global Equities Research, wrote in an email to Digital News Daily that he doesn't believe the step will diminish the buying experience for consumers. In fact, he expects car sales to accelerate by taking sales exclusively online. Most of the vehicles already are purchased online.

Tesla had 378 stores and service centers globally at the end of 2018, reports The Wall Street Journal. Some stores will remain open for shoppers to touch and feel the vehicles in person, but prospective buyers would need to go online to make the purchase.

Consumers also can make a purchase in the United States by phone in about one minute, per the company -- a capability it expects to extend worldwide.

Tesla has been called the most “unadvertised” brand, but it does market. Now the company will rely solely on the internet to sell cars.

It’s not clear whether this shift will prompt the company to build an online advertising and marketing strategy, or whether building on ecommerce strategy will enable the car manufacturer to build a better relationship with consumers and deliver on customer experience.

"Tesla does not need to do any advertising online,” Chowdhry wrote. ”Elon Musk’s 24 million followers on Twitter are [the company's] advertisement."

In April 2018, SeekingAlpha cited AutoNation CEO Mike Jackson as saying he sees a marketing problem for Tesla when the company tries to say its Model 3 pricing sells at a starting price of $35,000 and doesn’t. Perhaps the internet will allow founder Elon Musk to achieve his goal. 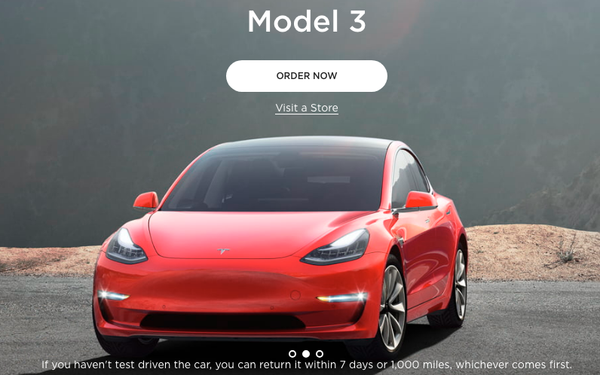