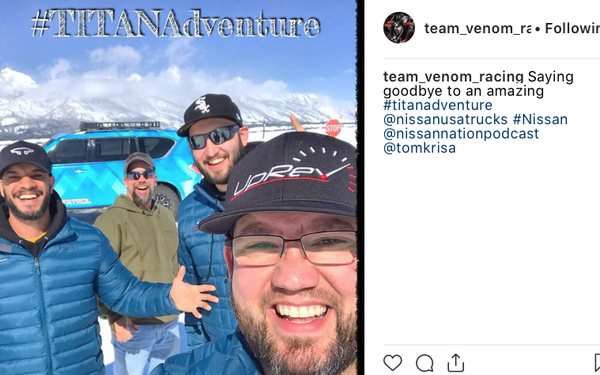 Nissan North America invited its “super fan” pickup truck owners, influencers and ambassadors to a #Titanadventure in Wyoming and Idaho.

About 20 attendees gathered last week for four days of outdoor activities featuring the Titan, including an off-road “snow school” where they learned how to use the Titan to plow and to excavate vehicles stuck in the snow.

The program could be repeated in the future for owners and dealers, according to the automaker, which competes against the Ford F-150, Ram, Chevrolet Silverado, GMC Sierra and Toyota Tundra in the full-size pickup truck category.

Outdoor clothing brand Marmot collaborated with Nissan to create ski jackets and hats for the attendees. The brand sent one of its athlete ambassadors, rock climber Gabrielle Dickerson, who has 15,500 Instagram followers, to attend the event. She had never driven a pickup truck before and said she was impressed with the vehicle’s capabilities.

Jackson Hole was chosen because it is an “iconic destination for winter activities,” says McGraw, who helped create the event and choose the participants. “We were looking for the kind of travel destination owners would be excited to visit and the kind of environment that would showcase the truck being put through its paces,” she tells MediaPost. “Jackson Hole fit those requirements perfectly.”

David Page and Fluid Peak Collective, a multimedia agency specializing in outdoor lifestyle and automotive content which has worked on a half-dozen previous Nissan lifestyle events, orchestrated the activities, which also included a sleigh ride through an elk sanctuary, a tour and dinner of the National Wildlife Museum and snowmobiling in the mountains.

David Boyd and Daniel Grooters, co-hosts of the Nissan Nation Podcast, attended the event. “If Nissan invites you on a future trip, do whatever you have to in order to go,” Boyd advised his listeners on a show following the trip.

Also on hand were Nissan Titan ambassadors Maddie Brenneman, a fly fishing guide who has 111,000 followers on Instagram and Cory Bahr, the chef/proprietor of Parish restaurant in New Orleans who also has 21,700 Insta followers. Bahr, a former Food Network star, cooked for the group while Nissan also brought along Nashville musician Leith Loftin to provide evening entertainment.

While the attendees were not mandated to post on social about the event, many already have, generating unmeasurable reach for the brand.

The event aimed to give “super fan” owners a chance to get to know each other and also discover the full capabilities of their trucks. Darlene and Nathan Wehr of rural Texas were two of the attendees. The couple recently celebrated their 20th anniversary by building their daily driver/work truck into a “show truck” in lieu of a trip to Hawaii. The trip was “above and beyond” what she expected, says Darlene Wehr and she hopes to keep in touch with the attendees and at some point get a “do-over.”

Another attendee, Walter Cheney, from upstate New York, races his Titans via Team Venom Racing. He called the event “life-changing.”

“This trip has made the last 15 plus years of our career worth every amount of hard work and dedication we put forth,” Cheney writes in a post on his Facebook page about the event. “I knew I had chosen the right brand truck the day I drove my first Titan back in 2004. Now just look at how far we have come.”

Tyler Rude, a Titan owner from nearby Casper, Wyoming, brought his own truck to the event. “No doubt this entire trip brought different people together from many different walks of life, and we were all able to build friendships and connections with each other that I hope last a lifetime,” he writes on his Facebook page.

Nissan North America will be at The Work Truck Show in Indianapolis this week to unveil an Ultimate Work Titan, the second in a series of three Ultimate Titan builds created as part of the “Calling All Titans” marketing campaign. The event will be broadcast live on March 5 at 3:30 PM EST on the @NissanUSATrucks Facebook page. 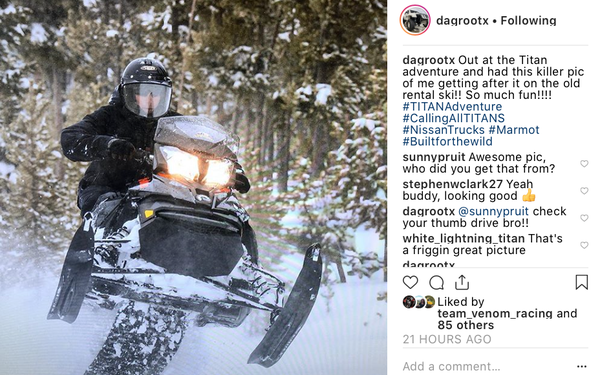 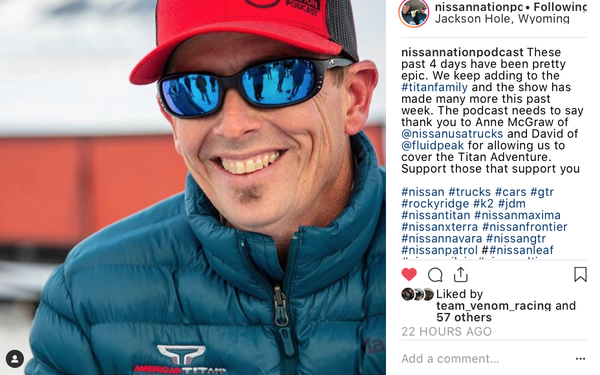 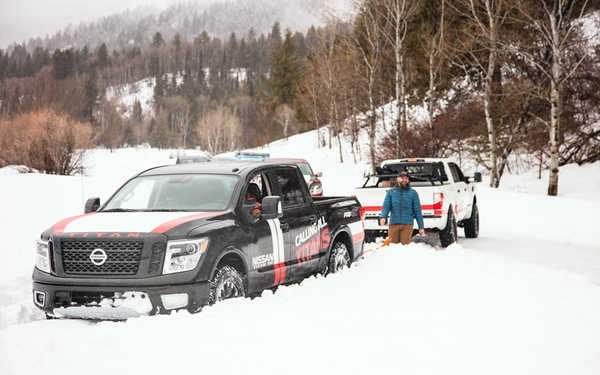 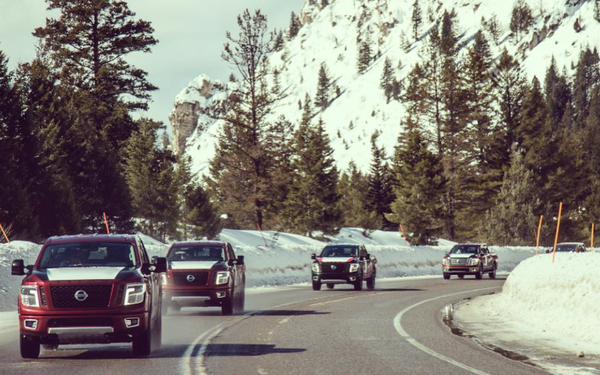