Facebook Study: That's A Nice ROI You've Got There, It Would Be A Shame If Anything Happened To It 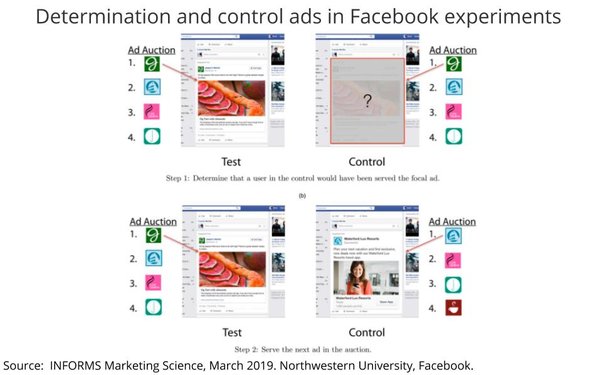 New academic research conducted by Northwestern University and Facebook has concluded that the most common methods of online advertising measurement used by advertisers and agencies may not be as accurate as the kind of “large-scale, randomized experiments” that can only be conducted via -- pause for effect -- walled garden platforms like Facebook.

The study, which was based on data from 15 ad experiments conducted on Facebook, observed half a billion users and found its so-called “conversion lift” method is superior to conventional means of digital ad measurement.

“Our findings suggest that commonly used observational approaches that rely on data usually available to advertisers often fail to accurately measure the true effect of advertising,” the researchers said in an article published in the March edition of the INFORMS Marketing Science journal.

Some marketers and agencies might see  the findings as ironic, given that they have long complained that the data they need to accurately measure the true effect of their advertising historically has not been made available by Facebook, Google and other digital giants, which are referred to as “walled gardens,” because they do not make that data available to advertisers.

advertising, agency, digital, facebook, media measurement, research, roi
4 comments about "Facebook Study: That's A Nice ROI You've Got There, It Would Be A Shame If Anything Happened To It".
Check to receive email when comments are posted.
Read more comments >
Next story loading