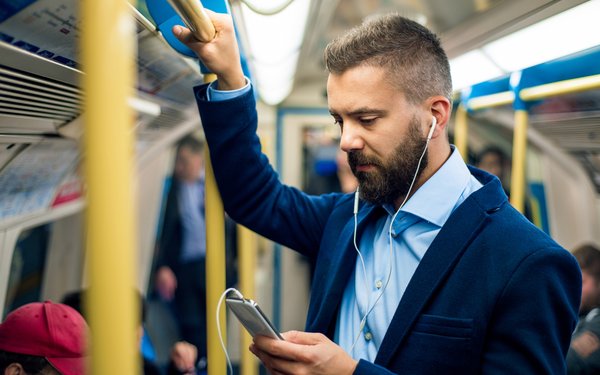 For the first time, more than 50% of Americans say they have listened to a podcast, according to the 2019 Infinite Dial study, conducted by Edison Research and Triton Digital.

The Infinite Dial has been tracking digital media consumption trends since 1998, making it one of the longest-running studies of the medium.

And 32% of Americans say they listen to podcasts monthly, up from 26% a year ago.

“This is a watershed moment for podcasting — a true milestone,” says Tom Webster, senior vice president, Edison Research. With over half of Americans 12+ saying they have listened to a podcast, the medium has firmly crossed into the mainstream.”

The study also found  the average weekly podcast listener listened to seven podcasts in the past week. It found particularly strong podcast growth on Spotify, which has made investing in podcasts a top priority.

Spotify is among the companies taking advantage of that growth. The company purchased the podcasting platform Anchor and the podcast studio Gimlet Media earlier this year. It  is said to be pursuing other acquisitions in the space.