Sony Sells Stake In Crackle To Chicken Soup For The Soul Entertainment, Crackle Plus Debuts 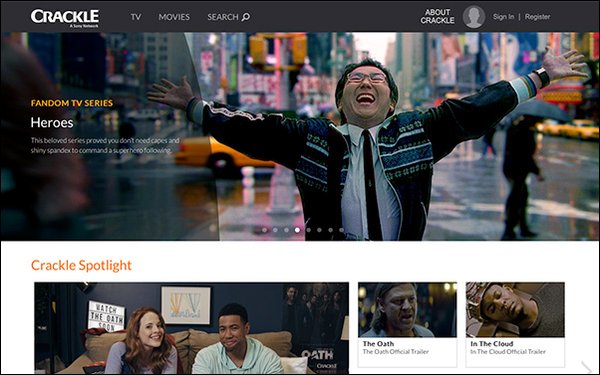 Sony Pictures Television is stepping back from the streaming video business, selling a majority stake in its streaming network Crackle to Chicken Soup For The Soul Entertainment and creating a new joint venture to be called “Crackle Plus.”

CSS Entertainment will own a majority stake in the new venture, while SPT “will receive 4 million five-year warrants to purchase Class A common stock of CSS Entertainment at various prices,” according to a joint statement from the companies.

Both Sony and CSS Entertainment will contribute programming and assets to Crackle Plus. Sony will license its programming to the newly-rebranded streaming service, and will provide its ad rep business and the back-end technology. CSS Entertainment will fold in the six ad-supported streaming networks it already owns, including PopcornFlix, PopcornFlix Kids, FrightPix, and the subscription video platform PivotShare.

The combined entity will be one of the largest free ad-supported streaming services, with more than 10 million monthly active users and nearly 40,000 hours of programming.

Sony launched Crackle in 2007, after acquiring its predecessor, a streaming video site called Grouper. At the time, YouTube was the dominant force in streaming video, and Crackle’s strategy to differentiate itself was to focus on full-length movies and TV shows, leaning on the Sony library. It launched original programming in 2014.

Despite its relatively small size, the service had a few breakout hits, including Jerry Seinfeld’s “Comedians in Cars Getting Coffee” (which now runs on Netflix), and the animated comedy “SuperMansion.”

Sony has tried to reboot the streaming service’s ad business a few times over the years. At last year’s upfront presentation, the company leaned into its corporate sibling Playstation in a bid to attract gamers to the service.

Crackle Plus will join a crowded field of ad-supported streaming video offerings, including Pluto TV (recently acquired by Viacom for $340 million), Tubi TV, and Xumo.