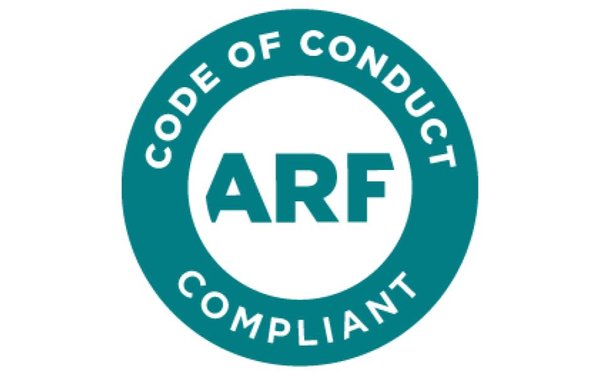 At a time when consumer data, analytics and research are coming under increasing scrutiny, the U.S. ad industry is launching a new self-regulatory initiative to ensure its research supply chain complies with some basic ethical principles.

The new "Member Code of Conduct" was conceived by and is being overseen by the Advertising Research Foundation (ARF), and consists of a set of principles protecting consumer rights, as well as those of businesses that use the research to market to consumers.

The principles are based on best ethical practices, as well as U.S. laws, and will likely evolve as new technologies and business models create new methods of unlocking consumer data that can be used to target and market to them, says ARF CEO and President Scott McDonald.

“There already are a bunch of codes that the industry has developed around targeted advertising and things like that, but in the realm of research, how do we think about our values? What’s right and what’s wrong? And what do we want to defend to our children,” he said during an advance briefing with MediaPost. “It takes us away from the questions we normally ask, which is, ‘How accurate are things?,’ to ask ‘Do we stand behind the values and the ethics being used to collect and use data?”

While advertising, media and marketing research have long utilized advanced behavioral science and technological methods to gain insights and competitive advantages about consumers, McDonald cited the acceleration of new technologies that are unlocking access to consumer data that raise new ethical questions -- especially things like AI, 5G, neuroscience and geolocation data that can pinpoint where people are, what they are thinking and even how they are feeling unconsciously.

The new code is 100% voluntary, but the ARF has conceived of a method to give it some self-regulatory teeth in the form of a compliance seal of approval (see logo above) that the ARF will bestow to research suppliers who affirm their compliance.

McDonald said the ARF will not audit suppliers, but will rely on whistleblowers to out companies that are not living up to the principles, operating more like the Better Business Bureau’s rating system.

The idea, he said, is that companies losing the seal would be at a competitive disadvantage to companies that can brandish it.

McDonald said there is no fee for companies to participate in the code or to utilize the seal.

Details of the program will be discussed during the ARF’s upcoming AudienceXScience Conference April 15 and 16 in Jersey City, New Jersey. 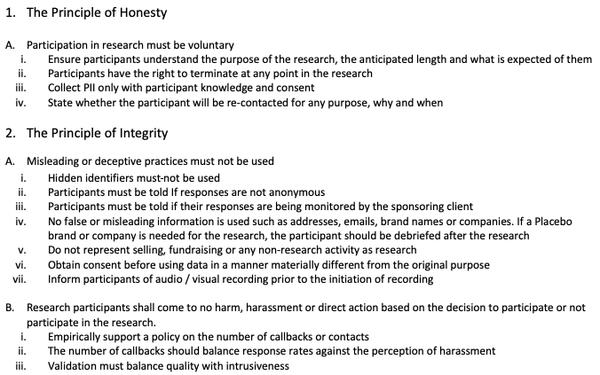