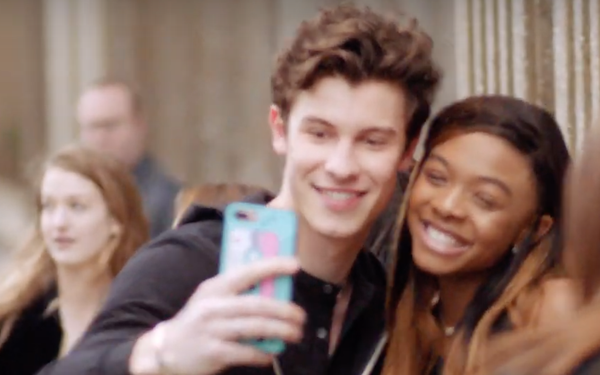 SmileDirectClub is radically expanding its retail reach, announcing a partnership with CVS that calls for opening its SmileShops in hundreds of stores.

And in a development that’s perhaps just as significant, CVS’s Aetna Dental is adding SmileDirectClub as an in-network option, greatly expanding insurance coverage for the invisible braces.

Retail is a crucial component of the D2C brand’s growth, according to John Sheldon,CMO. In the last year, the company's retail reach has expanded from 25 stores to nearly 250 in the U.S. and Canada, “as well as five Smile busses.”

Smile Direct, based in Nashville, sees itself as on a mission to democratize a straighter smile, and Sheldon believes the brand’s potential is vast. “We think there are 100 million people in the U.S. with some kind of malocclusion,” he says. The company estimates that 60% of the U.S. population lives in areas with little access to orthodontists. And while traditional orthodontia costs between $5,000 and $9,000, SmileDirect claims to straighten teeth three times faster for 60% of the cost.

Orthodontists, meanwhile, aren’t happy. “The American Association of Orthodontists (AAO) is disappointed to learn that CVS will be offering SmileDirectClub in some of their locations,” it says in a statement. “Orthodontic treatment is not a product. Rather, it is a complex medical process. The AAO believes it is in the best interest of consumers to have orthodontic treatment conducted under the direct and ongoing, in-person supervision of a licensed orthodontist.”

Since its founding five years ago, with early growth tactics including occasionally opening shops in places like WeWork or renting a chair in a salon, SmileDirect has  straightened the teeth of more than 500,000 people.

The CVS expansion follows a pilot of SmileShops in some 100 CVS stores, as well as ongoing testing of SmileShops in Walgreens, CVS’ chief competitor. Previously, the company also dabbled with selling kits in Macy’s. But Sheldon says that test ended, as the company realized how important it was for potential customers to meet with an experienced consultant first.

And, while cheaper than going to an orthodonist, the product does cost about $1,850. “That’s a lot of money," Sheldon tells Marketing Daily. “And it’s intimate–you’re going to stick this product in your mouth for six months. Some people want to talk to someone before they make that commitment.”

Consumers make an appointment to meet with a SmileGuide, a trained technician who offer 3D scans,  whitening kits, and information on the use of its clear aligners. A team of some 200-plus dentists remotely oversees the treatment plans.

Sheldon says the CVS arrangement has turned out to be a win/win. Besides positioning the brand as somewhere between a medical purchase and a beauty buy, “more than 30% of the people coming into our shops in CVS were not CVS shoppers, and more than 40% had not been in that store.”

For CVS, based in Woonsocket, R.I., moves like this one are an essential part of its strategy to become a health-care provider, following its $69 billion acquisition of Aetna Health last year. CVS’ Minute Clinics have been expanding telemedicine offerings. And it recently unveiled its HealthHUBs, a new concept store designed to provide access to more services.

CVS, which has 9,800 stores and about 1,100 walk-in medical clinics, says it may introduce SmileClubs into more than 1,000 stores in the next few years.

Walgreens is also coveting America’s choppers. Besides its ongoing test with SmileDirectClub’s SmileShops, it is also experimenting with a partnership with Aspen Dental, a denture provider, aimed at older shoppers.

Sheldon says SmileDirect’s overall marketing message—that straighter teeth increase confidence–won’t change, but that the CVS relationship will allow its marketing to shift to a more local approach. While its campaign with singer Shawn Mendes is ongoing, he says new marketing, in partnership with CVS, is likely to be seasonal, focusing on the upcoming wedding season as well as back-to-school.

Marketing focuses on six core target groups, from families to young professionals to empty-nesters ready to focus on themselves. “The biggest challenge is apathy,” he says. “You never have to [straighten your teeth], so it’s sort of a manana-manana product. Marketing can create the urgency to get going.”