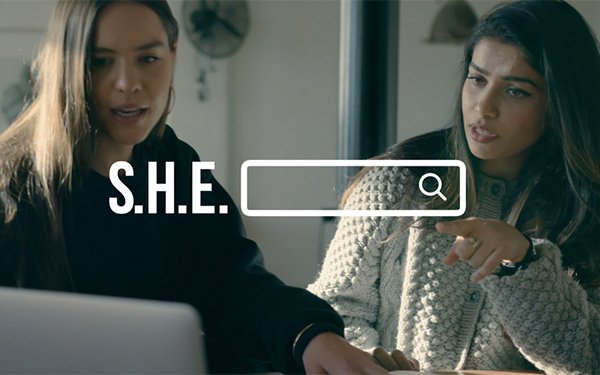 Pantene is leveraging awareness of gender equality to introduce a search engine that tweaks "biased" results like showing mostly men for great painters.

More on the project can be seen in this video.

The supporting Pantene “Power to Transform” campaign will debut in July to spotlight accomplished women and their various initiatives. The hair brand is also introducing a $1 million partnership with female membership club the Wing to help fund female entrepreneurs and women-led businesses through a pitch investment competition.

ELOQUII is also challenging unconscious bias, although this campaign is designed to combat negative stereotypes around those size 14+. This is the direct-to-consumer plus-sized brand’s first national brand campaign since it was acquired by Walmart late last year.

The #MODELTHAT creative, developed with media agency Wavemaker and creative agency Bullish, celebrates real career women and their lives. Some of the spokeswomen include a state-elected representative, law enforcement professional, U.S. Army vet/retired nurse and an Emmy award-winning TV producer.

The campaign is supported with digital, social media, television and print, complemented by a location-based takeover across billboards, buses, subways, taxis and ELOQUII’s retail stores, coinciding with the brand’s sixth store opening in the SoHo neighborhood of New York City.  In tandem with this national push, ELOQUII's online  #MODELTHAT push invites women to contribute their success stories.

Ava is pivoting the Millennial women-targeted fertility tracker's media strategy away from social media and digital marketing like Facebook in favor of a local saturation approach.

The campaign also includes a series of special events throughout the week known as Ava Five Fertile Days.

Agency representatives report that online sales conversions from Nashville residents have more than doubled the percentage rates of other regions since the campaign's launch in late March, along with a "huge surge" in organic traffic to the www.avawomen.com website. The company is now looking at expanding this takeover to additional markets.