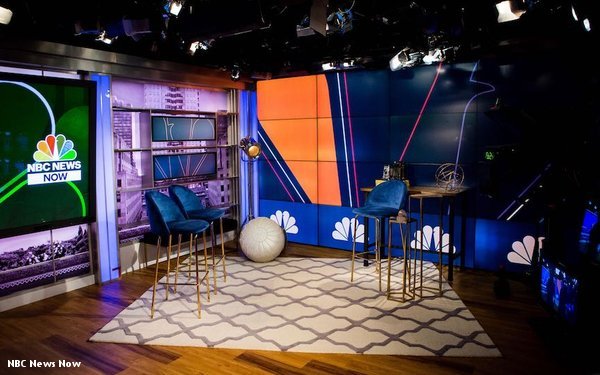 At launch Wednesday, NBC News Now will have eight hours of programming, from 3 p.m. to 11 p.m. ET, with the goal of eventually going 24/7.

The service will feature content that is distinct from NBC News TV broadcasts and the company’s cable channels, MSNBC and CNBC.

NBC News correspondents and reporters will host the programming and contribute segments, with support from Sky News -- which NBCU parent company Comcast owns -- and Euronews, which the company has a stake in.

“It will be a mix of live reports from the field, taped in-depth feature stories, explainers and regularly updated headlines,” Rashida Jones, senior vice president, specials for NBC News and MSNBC, and the executive-in-charge of NBC News Now, tells Digital News Daily.

“Though the formats are similar to content on traditional TV platforms, they are adapted to feel truly native to the OTT experience, with footage and graphics that are of the same quality of feature documentary films. Every hour will begin with a quick rundown of the latest news, with reporters diving in to topics throughout the programming to explain the why and not just the what behind the headlines,” she added.

NBC News Now will be free and ad-supported, sold by the same NBCUniversal sales teams that handle other parts of the news business. At launch, it will be available on NBCNews.com and within the NBC News apps on mobile devices and connected TV platforms, like Roku and Fire TV. The company says Citi is a launch sponsor of the service.

Much like competitive services, such as CBSN and Cheddar, NBC News Now targets a younger demographic that may not watch traditional linear TV news programming.

CBSN, for example, is fond of noting that its viewers tend to be more than 20 years younger, on average, than the audience of linear CBS News programs.

Jones says NBC News Now is designed for “[a] new generation of news consumers who need more than a push alert on their phone or an overload of news stories on Twitter to keep up with the news and stay informed throughout the day.”

“They are likely already ‘updated,’ but are not yet informed,” she adds.

With any streaming service, evolution is the name of the game. With the 2020 election cycle kicking off in the next few months, NBC News Now’s evolution will include expanded politics coverage.

“We will be a place for audiences to go when they want to learn why things are happening in addition to what is happening,” Jones says.