Do Local TV Stations Operate In A Competitive Silo? 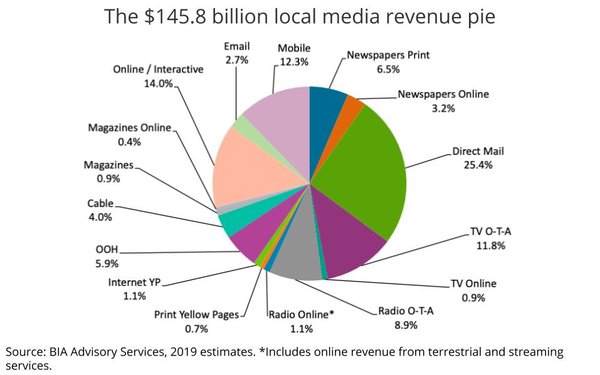 Earlier this month, the U.S. Department of Justice held a public workshop to learn about advertising dynamics from the buy and sell side industry execs and academics and learn their views on whether television and online advertising are competitive.

DOJ’s goal is to assess what these findings may imply for enforcement regarding antitrust, including M&A. What’s at stake is the nearly $150 billion that will be spent this year in paid media to reach local audiences, including local television stations and over a dozen other media platforms.

I participated on the DOJ’s first panel to offer my view: The local advertising marketplace has evolved into a competitive environment across all media platforms.

Different media platforms have core value propositions, but what’s driving local ad investments is matching creative messaging targeting consumers at different points in their purchase journeys. Different media channels are not mutually exclusive but rather complement, compete or serve as substitutes depending on ad campaign goals and strategies.

Local television stations compete among themselves. However, these days, all local media compete. My company identifies 16 categories of media that compete for the local advertiser’s share of wallet. I’ve seen instances where a local TV station won 100%  of a local advertiser’s budget previously spent totally on direct mail, a category that consistently remains the largest local media ad spend.

Who would have thought direct mail and local TV stations would be competitive?

In fact, local TV station sellers offer a lot more than just TV ads to buyers. Often, local TV sellers have dozens of different kinds of advertising opportunities ranging from spots in the 6pm news to various digital, experiential, and other types of marketing and advertising support.

The essential question marketers face is solving the optimal media mix. What is the most effective way to buy advertising across all the different media to achieve the biggest desired response? How should ad dollars be allocated among TV, radio, digital, outdoor, live events, direct mail, etc.? Using a blend of ad channels tied to specific campaign elements and timing can drive the best outcomes.

Allocating ad spending to specific channels is driven by a mix of available inventory, pricing, demand and attribution or outcomes. If one ad channel becomes too expensive relative to the outcomes it delivers, marketers will make dynamic adjustments in their campaigns.

In the local television space, linear and digital video are not mutually exclusive. Video ad server and decision technologies deployed use sophisticated algorithms and data to determine when a specific ad campaign calling for video impressions against reach, frequency and impact goals is more efficient adding incremental video views from local TV (aka “linear television”) or digital television sources.

Based on CPM and other campaign metrics, should that next video ad impression be purchased from a local TV station or a mobile video or OTT platform?

It’s not a perfect marketplace in terms of how the technology and data are used, but it is a competitive one that continues to improve on its own.

Let your voice be heard. The DOJ invites public comments now through June 15, 2019 at ATR.AdvRegInfo@USDOJ.GOV.