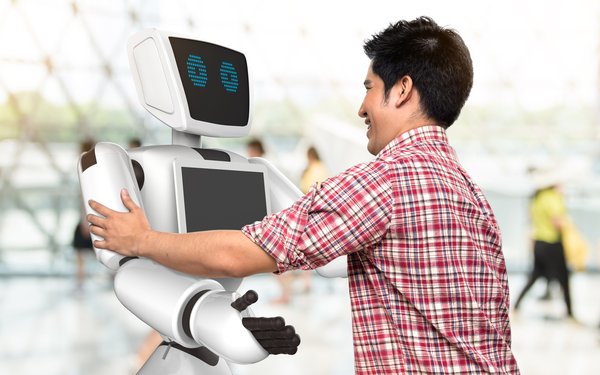 People have not yet warmed up to artificial intelligence. Only 30% feel comfortable with businesses using AI to interact with them, and a mere 9% are very comfortable with it, according to a study by Pegasystems Inc. Those interactions presumably include AI-based email.

In addition, only 40% believe AI can improve customer service.

Moreover, 70% prefer to speak to a human customer service person instead of dealing with an AI system or chatbot. And 69% are more likely to tell the truth to a person than an AI system.

“Our study found that only 25% of consumers would trust a decision made by an AI system over that of a person regarding their qualification for a bank loan,” states Rob Walker, vice president, decisioning and analytics at Pega.

Walker adds: “Consumers likely prefer speaking to people because they have a greater degree of trust in them and believe it’s possible to influence the decision, when that’s far from the case.”

Meanwhile, 53% feel AI will always show bias in its decision-making, based on the outlook of the person who created the initial instruction, even after time has passed.

On a broader front, 86% put more trust in other humans when it comes to making life-and-death decisions.

Only 12% believe AI can tell the difference between good and evil, and 56% say it’s impossible to build machines that behave morally. And a mere 12% believe they have interacted with machines that show empathy.

(To address that, Pega has launched what it calls its Customer Empathy Advisor. It provides an ethical framework for operationalizing empathy and ethics in all customer interactions, the firm says. Such a move could “allow decisions to be made by AI systems within the context of customer engagement that would be seen as empathetic if made by a person,” Walker says).

Finally, around 33% worry about machines taking their jobs, and 27% fear the “rise of the robots and enslavement of humanity.”

Pega surveyed 5,000 consumers in the U.S., the UK, France, Germany and Japan.