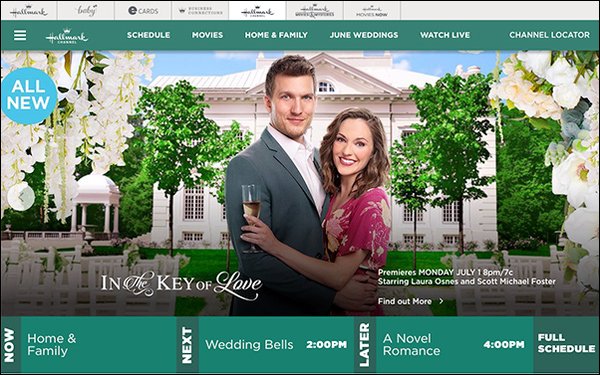 Hallmark Channel and Hallmark Movies & Mysteries, the Crown Media Family Networks, posted double-digit percentage increases in the cost per thousand viewers and total dollar volume for the current upfront TV advertising market, according to the company.

However, the company did say it closed its upfront buying activities, adding advertising business across many categories, with a strong emphasis on the retail and telecommunications categories.

Industry estimates are that Crown Media Holdings, a private media company, takes in around $500 million to $550 million in total revenue, which includes national advertising and carriage fees; with Hallmark Channel pulling in around $400 million to $425 million.

The upfront TV advertising market is where TV marketers buy the majority of commercial advertising time for the upcoming TV season, which starts in September.

The company says Hallmark Channel was the No. 1 cable network in the fourth quarter of among women 25-54 and women 18-49 viewers for the past two years.