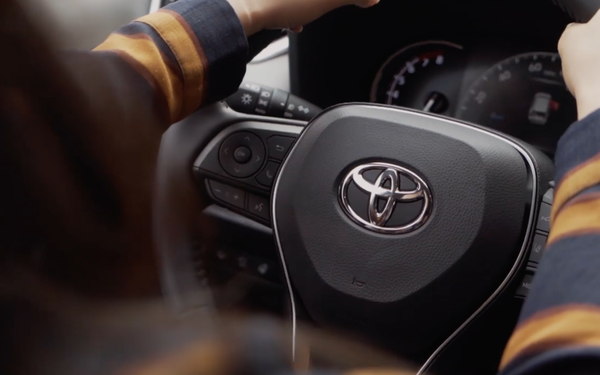 Toyota has partnered with Stage 13, the content studio that is part of Warner Bros. Digital Networks, in the unscripted Asian food and travel series “Family Style.”

The series features the all-new Toyota RAV4 in custom branded vignettes and in the episodes shot in Los Angeles. The series offers a look not just at Asian food, but the history and culture that brings the food to the dish from the cast and their celebrity guests.

Toyota said it was attracted to the series because of the millennial and diverse cast and its alignment with its current “What If?” campaign for the Toyota RAV4, which focuses on personal discovery and puts a spotlight on the journey just as much as the destination.

Toyota’s return to the 2019 Super Bowl in February kicked off the “What If?” campaign with a spot featuring powerhouse female football player Antoinette “Toni” Harris.

The Toyota RAV4 is featured in the series. including vehicle integrations and brand touchpoints. The series stars discover unique food locales in Southern California while driving the vehicle. Episodes were shot in Vietnam, China and the Philippines as well as Hawaii and Los Angeles.

Stage 13 worked alongside Toyota’s agency, Intertrend Communications, on the sponsorship that integrated the RAV4 in the episodes that were shot in Los Angeles.

The series is led by the Foodie Fam -– eight talented friends bound together by their knowledge and love for culture, cuisine and sharing family moments around the table. The cast includes Stacy Fan (contributing editor at Harper’s Bazaar, China and founder of the “Eurasian Vogue” blog) and Lana McKissack (actress/singer/producer, “Shameless.”