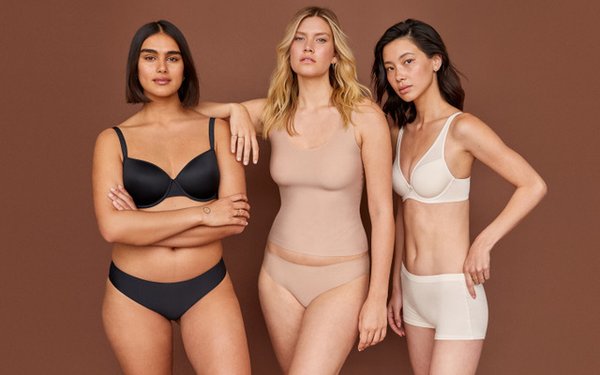 ThirdLove is joining the list of D2C brands opening physical stores and says it intends to open a temporary New York location that devotes 60% of its space to fitting rooms. Among the test concepts: rooms with small openings at the back, to ease passing items back and forth without that awkward curtain, as well as rooms with both day and night lighting.

The bra-and-underwear maker’s main selling point is outstanding fit. And the San Francisco-based company says the concept store will allow it to connect with customers in a new way, gathering intelligence about what customers crave from a real-life shopping experience.

There’s no shortage of disruptive brands fighting for women’s attention, including True & Co. ThirdLove has been called the fastest-growing underwear brand in the U.S., building buzz for size inclusivity. It offers bras in 78 sizes, including half cups. It also claims to be the country’s largest donor of undergarments, giving away $10 million in garments last year.

Meanwhile, market leader Victoria’s Secret’s star continues to fade, with Coresight Research reporting that it now commands just 24% of the market, down from 31.7% in 2013.

ThirdLove credits its success to its fit algorithms.  Since its launch in 2013, it has collected data from 14 million women with its 60-second Fit Finder technology.

The company has said that between 70% and 80% of its customers wind up buying a bra in a different size than they initially thought they wore.

Plans call for the store to open next week, through the end of the year.

The launch comes at a time when retailers are struggling to determine how many physical stores make sense. In its latest report on store closures, Coresight Research says U.S. retailers have announced more than 7,426 store closures this year, already surpassing the 5,864 closures for all of 2018. It estimates 12,000 will have shuttered by the end of the year.