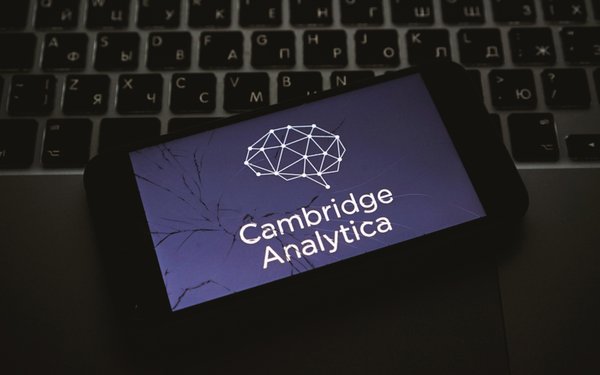 Cambridge Analytica, now in bankruptcy, gleaned the data from Global Science Research's Alexsandr Kogan. He collected the information in 2014 via his personality-quiz app "thisisyourdigitallife." That app was downloaded by 270,000 Facebook users, but Kogan was able to gather information about millions of those users' friends.

Kogan's app asked people for permission to collect some of their data, but promised to avoid downloading names or “any other identifiable information,” according to the complaint.

The FTC alleges that promise was deceptive because the app actually collected Facebook User IDs -- which the agency describes as “a persistent, unique identifier that connects individuals to their Facebook profiles.”

The agency also says Cambridge Analytica misrepresented that it participated in a cross-border privacy agreement between the U.S. and Europe.

The FTC's complaint against Facebook, also unveiled Tuesday, alleges a host of privacy violations, ranging from duping people about data sharing with developers like Kogan, to misuse of phone numbers, to deceptive statements about facial recognition practices.

But the data transfers to Cambridge Analytica were the most explosive allegations, given the potential impact on U.S. elections. While the FTC settled with Facebook, the decision to do so wasn't unanimous; the agency's two Democrats dissented because they wanted tougher conditions.

Commissioner Rebecca Kelly Slaughter, who dissented from the settlement, suggested that Cambridge Analytica's potential impact on the elections was among the reasons why she didn't approve of the settlement.

“Because the integrity of our electoral system lies at the very heart of our democracy, I am deeply concerned about the manipulation of electoral outcomes based on illicitly acquired data, and the facilitation -- even if unintentional -- of that manipulation,” she wrote in an 11-page dissent. “The public deserves protection from this profound injury.”