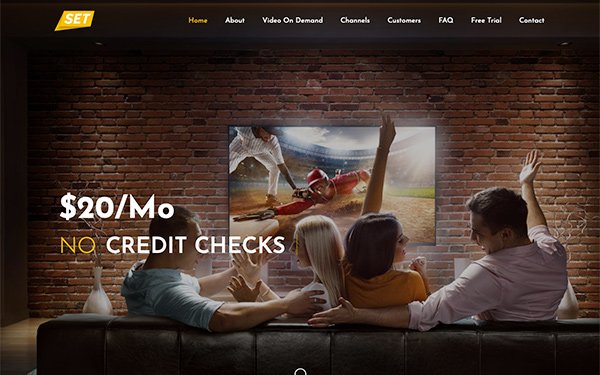 The orders, issued this week, stemmed from a 2018 lawsuit by Amazon, Netflix and a coalition of Hollywood studios. They alleged Set TV enabled "mass infringement" of television programs and movies.

The company offered a $20-a-month online streaming service, "Setvnow," which allows consumers to access videos, including movies still playing in theaters, according to the lawsuit.

Set TV defaulted in the case, meaning it never defended itself in court. Fitzgerald this week entered judgment against Set TV and awarded Amazon and the others the statutory maximum damages of $150,000 for each of 51 works SetTV allegedly infringed.

Amazon, Netflix and the studios brought similar lawsuits against streaming device sellers Dragon Media and TickBox TV, both of which settled the cases.

"Some rogue set-top box manufacturers and distributors are exploiting the FCC's trusted logo by fraudulently placing it on devices that have not been approved via the Commission's equipment authorization process," O'Rielly wrote to the companies. "Although outside the jurisdiction of the Commission, it is equally troubling that many of these devices are being used to illegally stream copyrighted content."