TV Analyst: Wall St. Not So Bullish About Streaming 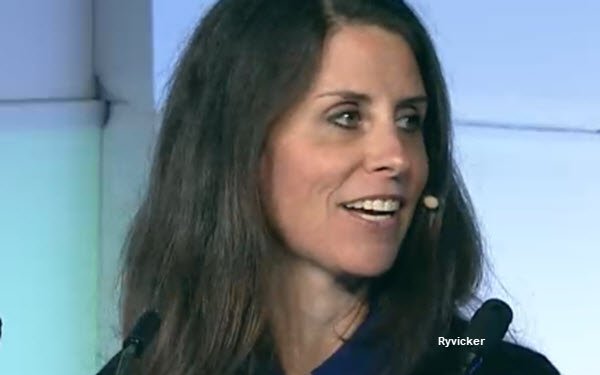 Streaming stocks “are down significantly from where they were a few months ago.” In fact, “the market is telling us that streaming is really bad.”

Not exactly what much of the television industry wants to hear, amid the damn-the-torpedoes zeitgeist of the streaming wars.

But the expected fallout of the streaming wars is one key reason cited by Marci Ryvicker, managing director of market analyst firm Wolfe Research, for urging local and even national television broadcasters to tread cautiously in this sector — and to consider putting more focus on developing promising new advertising opportunities.

She said that while the S&P 500 is up about 17% year-to-date, all the media stocks she follows are down.

The good news is that broadcast television is down less than most other media: It’s underperforming the S&P by “only” about 350 basis points, whereas diversified entertainment and radio are down by more than 1,800 and 2,000 basis points, respectively, she noted.

On the other hand, pay TV — big cable and satellite players — is outperforming the S&P by 3,000 basis points. “Cable has been best because they're the pipe that’s delivering television and videos to you in any way [consumers] want,” Ryvicker said.

“Broadcast stocks are down because people are worried about advertising,” she elaborated. “Media stocks down even more because Wall Street is saying, ‘I don’t know if all of these streaming services are positive.'"

Ryvicker also offered an interesting perspective on Disney+, which is widely expected to give Netflix and other SVODs a major run for their money.

What about other streamers from big players?

“You have CBS down because no one thinks they have a good streaming service,” she said. “And you have Roku down. Why? Because Comcast is going to eat their lunch. You have Discovery down because, although they’re doing an awesome OTT partnership with Amazon now, [Wall Street is concerned about] how much money they’re going to spend [investing in that venture].”

Furthermore, broadcast television stocks have been trading at an estimated price-to-free cash flow (P/FCF) ratio of 4.6 times for some time now, versus one-year and five-year historical ratios of 6.9 and 7.6 times, respectively. Ryvicker said she hasn’t seen such a low multiple for an extended period in the broadcast TV sector since the last recession.

Speaking of recession, Ryvicker reminded that another one is inevitable — and despite more diverse revenue streams, including subscriptions and retransmission fees — broadcasters need to be prepared.

In addition, while retransmission deals have been “a huge positive for the industry,” and are expected to have a 12% CAGR and 5% net CAGR over the next three years, net fees could be at risk further out. "By 2024, we see 12% (retrans) revenue growth, but net retrans flat,” she reported. That’s because pay TV is forecast to lose 6.6% of its subscriptions every year going forward, driven by [competition from] satellite. We also have MVPDs growing at a 14% CAGR now until 2024, but only adding 2% of subs to the ecosystem. That means a total loss of pay TV subscribers of 3.8%. That hits [local broadcasters] on retrans revenue.”

Wall Street also worries about the effects of bundles on retrans fees, she said. The reason: Local broadcast is currently delivering 35% to 40% of viewers but getting just 15% of the programming fees. If these broadcasters decide to try to close that gap, it would equate to about $7 per month per each Big Four network – costs that consumers could theoretically be asked to pick up.

“There is such a thing as outpricing the consumer, so we get a little worried during these [retransmission] disputes, wondering at what point the consumer will just cut the cord,” Ryvicker said.

Since the market is telegraphing that broadcast television “needs to change, and change quickly,” but Wall Street is leery of streaming, “What I’m telling you is, do something different,” declared Ryvicker. “Focus on what you do well. Go back to advertising. That’s your opportunity” to boost revenue growth and defy projections, she said.

Wolfe itself is forecasting a five-year compound annual growth rate (CAGR) of 6% for total U.S. advertising — just 100 basis points better than the projected 5% CAGR for the nominal GDP. And digital is forecast to drive nearly all of that advertising growth, with a 13% CAGR, versus just 0.5% for television.

Broadcast automotive advertising — particularly critical for local operators — is “problematic” and “feels permanently impaired,” Ryvicker noted. And core broadcast TV advertising (excluding political) “looks like it could be flat to slightly down” for the second year in a row.

That’s unlikely to be helped by broadcast viewership trends, which are down in high-single to low-double digits “pretty much across the board,” she added.

But there are significant opportunities that broadcasters can pursue, she stressed.

One is political advertising: “I believe that TV will maintain its share of this growing category,” she said.

Advertising for legalized sports gambling, which could be a $3 billion to $5 billion business if all states legalize, “could be a huge opportunity,” Ryvicker enthused.

Broadcast sports programming is becoming more expensive, and may no longer be available on an exclusive basis, she said. However, she believes that “every major sports league will continue to include every network in every renewal, because they need to reach their fans, and this is the best way.”

There is more sports programming on broadcast than on ESPN, and “whether on broadcast or cable, the top six of any 10 shows in any given week are sports — whatever the season,” she stressed.

Local news programming is another big opportunity: “It’s growing in importance, and it’s outperforming any other content on a daily basis,” Ryvicker said.

Implementing impression-based ad trading would enable local stations to stop having their audiences underreported by 14% to 15%, and thus “get all of the money they deserve for the viewers that they deliver,” she pointed out.

She also views adopting the new ATSC 3.0 broadcast standard as a boon to building revenue over time, saying “we’re very bullish on it” because of its enabling of broadcasting across platforms, delivering higher-quality video streams, improving audience measurement and streamlining targeted advertising, as well as providing an emergency messaging platform.

“It may take a while to be adopted, of course,” Ryvicker added. “And the flip side is my fear that it may accelerate cord cutting” if it has the effect of taking mobile viewing to new levels.