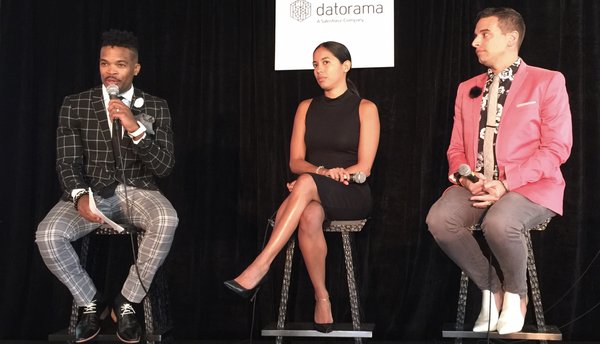 Let's cut to the chase. Publishers are missing multicultural opportunities because most of the decision makers are, as one panelist said Friday at MediaPost's Publishing Insider Summit in Austin, "heteronormative, white, cisgender men."

"And that is not the future of the community," said Damian Pelliccione, CEO-cofounder of REVRY, an LGBTQ streaming platform. "You will be the minority eventually. One of the most important things is to make sure whether you're an agency, a brand or a publisher that your team is reflective of the future of what the communities are going to look like."

Stephanie Delgado, digital account executive at media company Blavity, agreed: "Advertisers need to think of multicultural millennials as a first thought," not something to consider only when they have leftover funds."

"The riches are in the niches, right?" Pelliccione said, to the audience's amusement, before more sternly advancing the idea that companies need to have more women in the C-suite, more women of color, LGBTQ, Latino, "and they need to be making decisions internally for business in order for your brands to survive."

He went on to cite Playboy as an example. "Half the people on the staff are queer. Now they're gender-inclusive, body-inclusive, orientation-inclusive, there have been trans playmates! Put culture and cause first when it comes to your marketing campaigns."

Those campaigns are playing to an audience in the United States that is increasingly accepting of queerness.

"Twenty percent of millennials hard-identify as LGBTQ," he said. In Gen Z, 52% will not declare gender or sexual orientation and 35% identify as LGBTQ. By 2030, the two demos will be the largest and most lucrative. Plus, Pelliccione said, queer content is more popular in the mainstream than it has ever been. That, he said, is a missed opportunity.