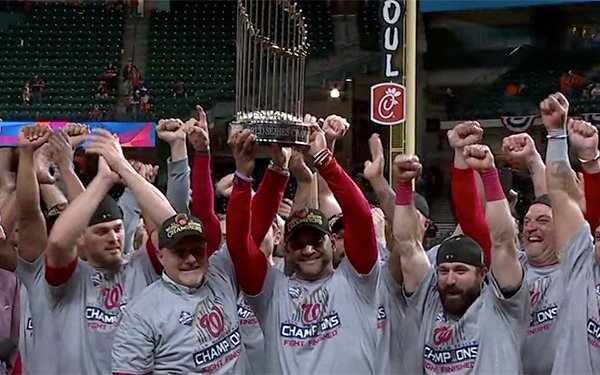 Despite a slow start, the 2019 World Series TV ratings rose steadily on Fox to earn its best results with the seventh and final game.

Nielsen says the final game, which the Washington Nationals won 6-2 over the Houston Astros, pulled in 21.2 million viewers.

The seven-game series -- in which the Washington Nationals claimed their first ever World Series title -- averaged 13.6 million viewers, down 4% from the World Series a year ago.

A World Series lasting the full seven days also means a big advertising revenue benefit for the network. This year iSpot.tv estimates Fox pulled in around $253.9 million in national/regional advertising revenues -- up from $215.8 million a year ago.

Fox has had the TV rights to the World Series since 2000.