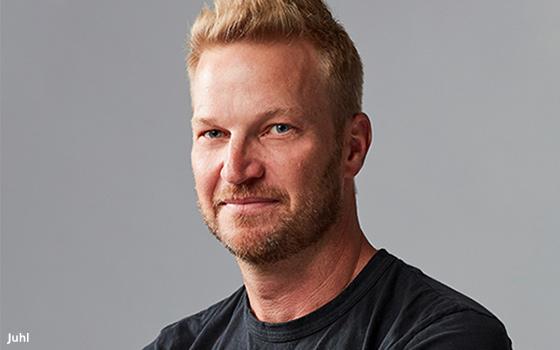 Juhl, who assumed his new post on October 1 after serving as CEO of GroupM media agency Essence, has announced internally an extensive reorganization as part of which Mark Patterson is being promoted to chief operating officer. He will continue to oversee GroupM’s Asia-Pacific region until a successor is named.

The reorganization is designed to optimize the group’s global resources.

Under the new plan the group is also merging its [m]Platform — the unit formed in 2016 that rolled up its ad technology, data and consumer insights capabilities — with 2Sixty, the machine science and software development unit housed within Essence.

Andrew Shebbeare, CEO of 2Sixty and interim chief technology officer, GroupM, has been tasked with overseeing the [m]Platform-2Sixty merger. Permanent leadership and new branding for the merged operation will be announced later.

As part of the merger of those platforms centers of excellence in Search, Social, Programmatic and Ad Operations are splitting off to become a separate unit, GroupM Services, which will be overseen by Colin Barlow as global president. He previously held the title of chief operating officer of GroupM Global.

The centers of excellence are designed to establish policy and guidelines and “execute activity according to defined best practices across industry platforms that matter most to our clients,” explained a company rep.

Brian Gleason, who has served as CEO of [m]Platform, is taking on the new role of chief commercial officer. In the role, Gleason will oversee a portfolio of specialty services including trade desk Xaxis, addressable TV company Finecast, Motion Content Group and OOH unit Kinetic.

Also in the works is a new practice that will help clients with in-housing of media services. The company will be announcing further details on that operation — also to be overseen by Gleason — soon.