WFA: Traditional Media Price Inflation To Outpace Digital In The U.S. Next Year 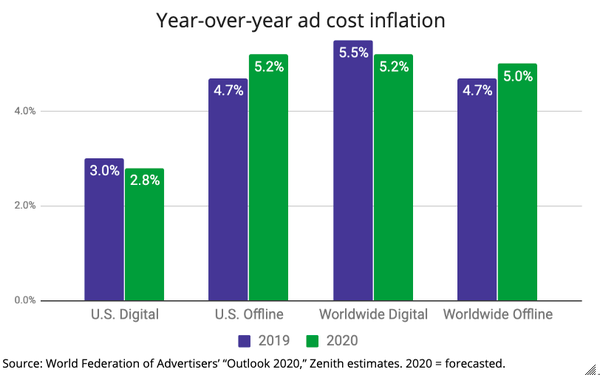 Ad costs in the major media will expand at a lower rate for digital media in the U.S. than for so-called "traditional media," according to estimates released today by the World Federation of Advertisers (WFA).

Digital ad prices will actually expand faster than offline media worldwide in 2020, according to the report.

An interactive version of the report's data can be accessed here.