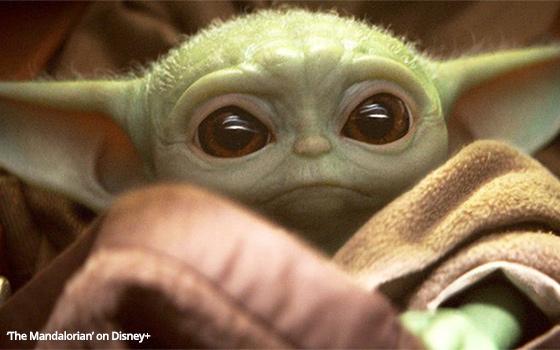 Since starting the service on Nov. 12, Parrot Analytics says “demand” has been growing sharply -- up almost three times that of its initial weekly numbers, now at the 100.3 million average daily “demand” mark for the period from Nov. 17 through Nov. 23.

Initial metrics for the show, just after the premiere of the show, reveal that “The Mandalorian” had 39.9 million demand expressions  -- in third place among all digital original TV shows.

Still, Parrot Analytics cautions: “While demand is a metric that should not be confused with subscriber numbers, this is a strong indication that the Star Wars series is driving a lot of sign-ups to the fledgling Disney+ service.”

Analysts also suggest a bigger influence came from a free-year of Disney+ (priced at $6.99/month or $69.99/year) for Verizon Wireless customers as a major draw. All that has pushed Disney+ to higher than initial estimates -- now at roughly more than 10 million subscribers.