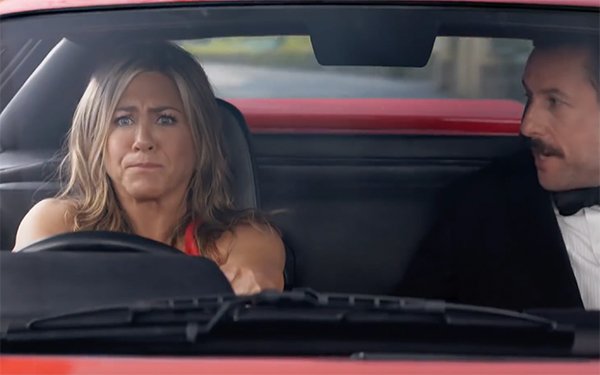 While Netflix says its original movie “Murder Mystery” was its most “popular” film or TV show of 2019, TV advertising spending was small compared to other 2019 TV/film releases.

The film, starring Jennifer Aniston and Adam Sandler, had just 27 commercial TV airings, with a national/TV ad spend of $1.2 million, yielding 49.2 million impressions, according to iSpot.tv.

Without offering any viewing or other data, Netflix says “Murder Mystery” was its “most” popular TV or movie on its service of the year. Its third season of  “Stranger Things” was Netflix's most “popular” TV series.

In disclosing its popularity analysis, Netflix has said the rankings were determined by counting the total number of households to stream an individual movie/TV episode for at least two minutes during the first 28 days of its release.

Overall -- looking at a combined list of TV shows and movies -- Netflix says “Murder Murder” was first in its popularity score, followed by “Stranger Things 3”, “6 Underground” and “Incredibles 2.”

During the year, Netflix says, from the period from October through June, 73 million Netflix households watched 70% of the “Murder Mystery” movie.

Earlier this month, Netflix says, for an average during seven-day period, “The Irishman” was seen in 26.4 million U.S. Netflix households -- those that have watched more than 70% of the three-and-a-half-hour film.