Quibi To Start April 6, With Up to 3 Hours Of Fresh Content Daily 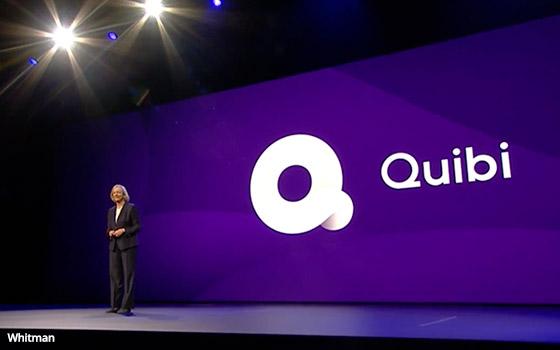 LAS VEGAS -- Quibi, the short-form OTT platform for video content, will launch with 175 shows in its first year, some 8,500 total short episodes -- adding up to three hours of fresh content every weekday. It starts April 6.

Meg Whitman, CEO of Quibi, provided details of the new service in a speech at the Consumer Electronics Show.

As has been previously released, Quibi has a price tag of $4.99 for an ad-supported option and $7.99 per month as an ad-free service. These prices would be somewhat in line with other new premium video OTT platforms: Apple TV+ at $4.99 (ad-free) and Disney+ at $6.99 (also ad-free).

Quibi is also making a promotional deal with T-Mobile -- although the details have not been revealed. It is expected to be similar to a promotional agreement Walt Disney made with Verizon when Disney+ launched in early November.

Last year, Quibi chairman Jeffrey Katzenberg said that for video episodes under five minutes in length, viewers will see a pre-roll 6-second or 10-second, non-skippable spot. Some of these commercials could “serialize.” Longer episodes will see commercials running 15 seconds long.

Quibi has raised $1 billion in funding for the service, with plans to raise another $500 million.