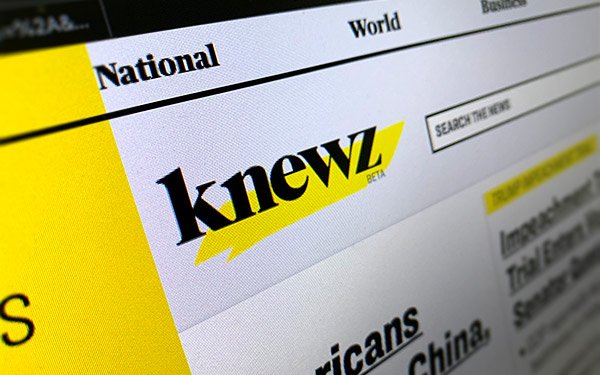 News Corp launches its Knewz service Wednesday, hoping to steer readers away from search engines and toward its new online platform.

Knewz.com, which has yet to launch an advertising model, aggregates headlines from more than 400 publishers, from Politico, Fox News, Daily Mail,Washington Post and Washington Examiner to the Anchorage Daily News and The Sun.

The site can be considered an alternative to Google, Bing, Facebook and others that have tried to generate revenue aggregating news content from publisher sties.

Links to black-type headlines highlighted in bright yellow are curated by artificial intelligence and human editors that send readers directly to publishers’ websites, where the media companies can make money from advertising and subscriptions.

The site’s design is similar to that of aggregators like Google News and Apple News, but lacks the design style.

The design of the site, however, is being mocked for its cluster design. Alexis Benveniste, editor at CNNBusiness, tweeted: “News Corp's new "knewz" website makes me feel like I have 3456789 tabs open in my brain.”

“Knewz is unique in that readers can, at a single glance, see multiple sources,” stated Robert Thomson, chief executive of News Corp.

The company says it will share "as much data as possible with publishers” from Knewz to help them monetize their content. The company also says it will prominently feature the branding of the news sites.

Knewz.com is available on desktop, mobile and mobile app. It is being run by a team of editors and technical experts at News Corp, working with the company’s Strategy team as well as its Storyful unit, which is helping Knewz.com monitor news developments worldwide.