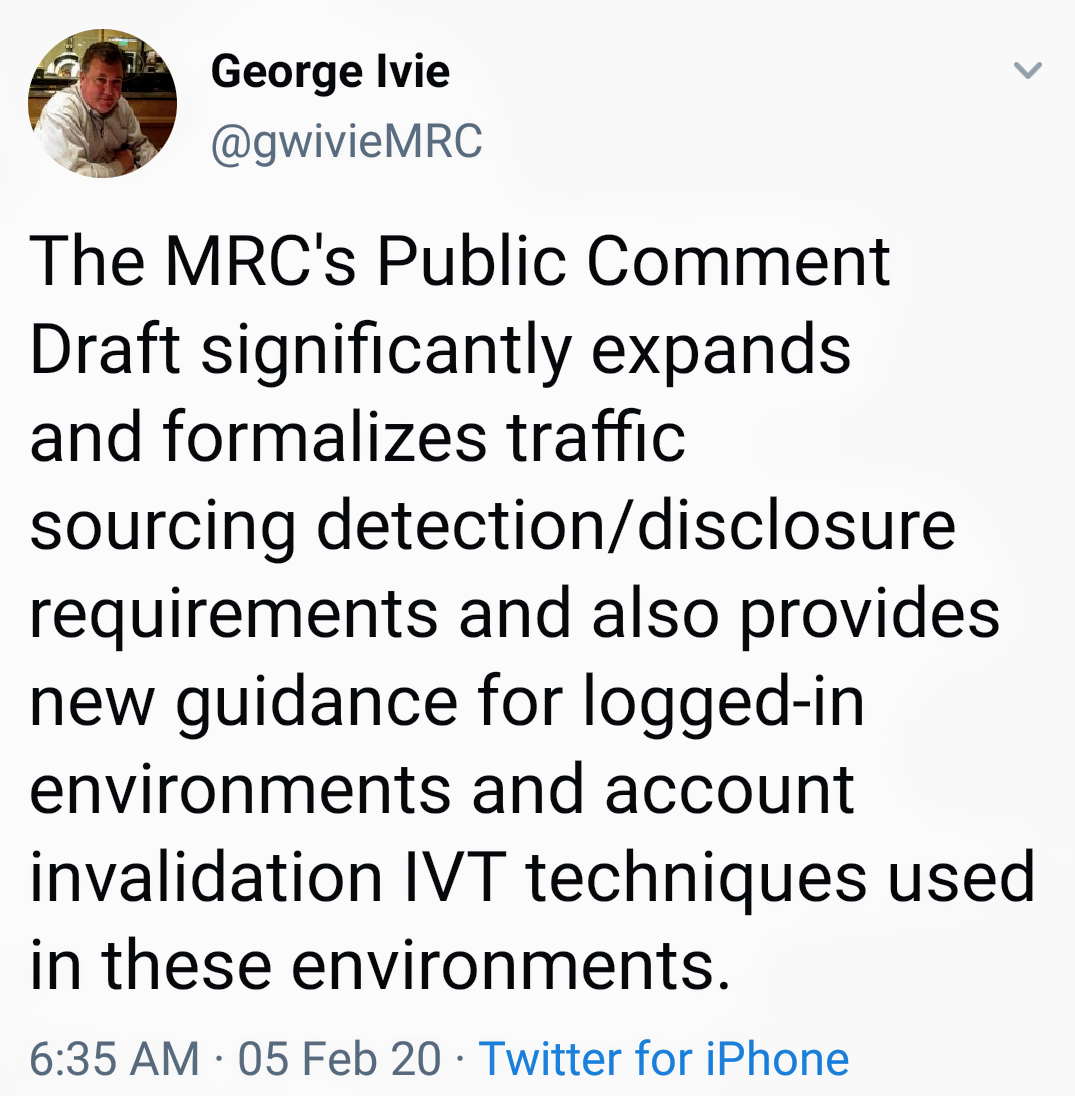 In an effort to “modernize” the ad industry’s guidelines for accounting for and dealing with new forms of digital advertising fraud commonly known as “invalid traffic,” the Media Rating Council (MRC) this morning released a draft of a new version of guidelines it originally set in October 2015.

The need for an update reflects the rapidly changing nature of digital media and ad technology, which sometimes seems more of an arms race than a progression of industrial standards.

“When we first issued MRC’s Invalid Traffic Detection and Filtration Guidelines Addendum in 2015, we indicated there would be a need to continually update the provisions contained in it in order to keep pace with a rapidly changing environment,” MRC Executive Director and CEO George Ivie stated, adding that the proposed updates represented in the draft issued this morning are “critical to helping to ensure that current IVT detection and filtration practices remain relevant as the nature of invalid traffic continues to evolve.”

The MRC said it will welcome public comments through March 6, and expects to issue a final version of the updated guidelines early in the second quarter of 2020.
ad fraud, ad technology, advertising, cmmr, digital, search
Next story loading