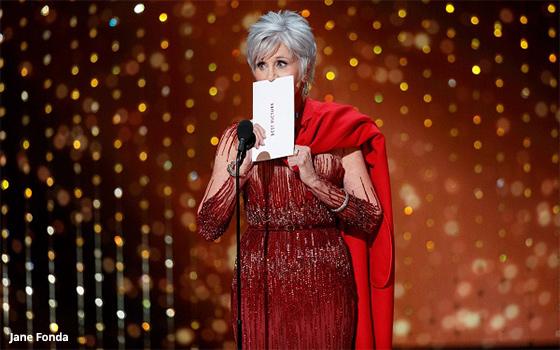 Two MediaPost headlines on unrelated stories became connected in my brain on Tuesday when contemplating the ratings for Sunday’s Oscars on ABC.

One story was on the ratings themselves. It reported that the three-and-a-half hour telecast (8-11:30 p.m. Eastern) drew a total audience of 23.6 million, down 20% from a year earlier when the total audience stood at 29.6 million.

This year's audience was an all-time low for the Oscars. But that did not stop the writers of ABC's press release from putting a positive spin on what must have been a big disappointment within the confines of ABC. Understandably, the news release said nothing about the numbers setting a new low record.

The headline on the news release read: "'The Oscars' Draws 23.6 Million Viewers to Stand as the Season's No. 1 Awards Show by Wide Margins Over the 'Grammys' and '[Golden] Globes'."

More positive spin came in one of the sentences in the release that went like this: "ABC's 2020 'Oscars' telecast stood as TV's most-watched entertainment special in 1 year -- since ABC's 2019 'Oscars' telecast on 2/24/19." It's all good. This is what communications professionals are supposed to do -- find ways to spin disappointing news into something positive.

The MediaPost ratings story noted that ad rates during this year's show held steady with last year's -- an average price of $1.98 million for a 30-second spot -- although national TV revenue from this year's Oscars was down from $147 million in 2019 to $126 million this year, the story said.

Still, while 23.6 million viewers represents a number that ordinary TV shows would kill for today, the number represents a far cry from Oscar telecasts of yesteryear that routinely drew twice that amount.

The other MediaPost story was the one headlined "Nielsen Reveals 646,000 Program Universe." This was a story about new research from Nielsen that basically counted “unique program titles currently available to American viewers in 2019,” and came up with this 646,000 figure.

Needless to say, that is a lot of content. And even more needless to say: No single human will ever see it all.

But in a very general way, a linkage can likely be found, or conjured, between this tonnage of entertainment content options and the slow but sure erosion of the Oscar audience -- and out-of-home audiences for movies generally.

What’s wrong with the Oscars? While the various qualities of this annual live TV event are hotly debated and disagreed upon, the factors that are likely contributing to the shrinkage of its audience range from the show's length to the movies it honors.

On the former subject, the show has always been over-long and beset within that running time by lengthy periods of tedium. This seems to get worse every year.

On the latter subject, the movies it honors -- such as last year's Best Picture winner “Green Book” or this year's winner “Parasite” (bestowed by presenter Jane Fonda, pictured above) -- are not blockbusters even if they are profitable and also critically acclaimed.

“Parasite,” for example, was a great movie -- unique, original and disturbing. It deserved to be Best Picture. But it is not a mainstream movie, at least not here in America, though U.S. box office receipts have been respectable.

But for some reason, interest in who wins what at the Oscars is just not what it used to be. And this is likely due to the great leveling in media and entertainment that has been ongoing for decades now.

Like everything else in our cultural lives, the movie business has been disrupted -- and at least a portion of those 646,000 options referenced above have something to do with it.

Like television, the movie business is no longer a mass-appeal medium -- at least not when it comes to the movies that come up for Academy Awards.

For mass appeal, TV has the Super Bowl. The movie business has the Marvel Universe, “Star Wars” and the “Fast and Furious” movies. These are almost never nominated in the categories people care about such as acting and Best Picture.

We are witnessing the withering of the Oscars as an important, unifying television event. The fact is, there really is not that much anyone can do about it either, other than trying to improve the show so that it is less tiresome and more entertaining.

As it happens, the Academy Awards today cannot even find someone to host it, much less millions more to watch it.