How Brands, Agencies Are Commemorating IWD 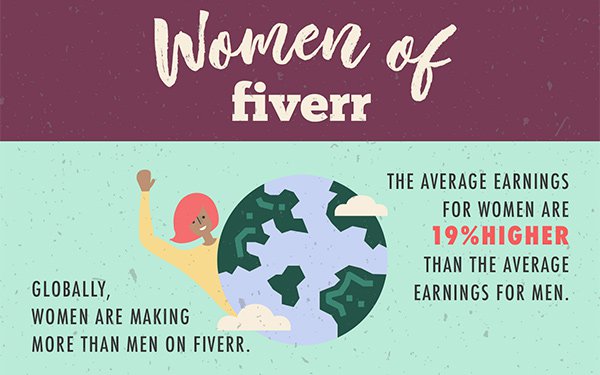 Agencies are celebrating International Women’s Day (IWD) on March 8 with initiatives that range from spell check adjusters and tongue-in-cheek advertisements to panel discussions and charity fund-raising.

The supporting awareness campaign features 100 influential women and men who discuss their respective experiences with bias. Paid media runs across digital, social, OOH in 500+ offices across the US and NYC bus shelters, and Slack channels.

Lenovo is seeking to promote workplace equality in the Middle East through the Equity Spell Check that also serves as a technical plug-in, this time for MS Word users.

The program, developed with Wunderman Dubai, transforms 250 everyday words into micro learning lessons. For instance, the word “plans” is flagged with a note that 13% of women are asked in interviews about their “plans” for becoming a mother.

The campaign is supported with social content across multiple platforms to encourage companies to install the program in their offices.

Orangetheory is pointing out the ironic coincidence that IWD 2020 falls on the shortest day of the year (the start of Daylight Savings Time) by raising money to support women worldwide. The fitness studio has been running campaigns that offer free one-hour workouts coinciding with DST for a couple of years, but this year their efforts will donate a percentage of proceeds to the Global Fund for Women.

An awareness ad, developed with Tombras, features various female Orangetheory members and the chain’s founder, Ellen Latham, as they remind women they have “changed the world with less. Imagine what you can do with more.”

Freelance platform Fiverr is opening a new vertical dedicated solely to women freelance talent beginning March 5. The new “store” will feature women that provide services in areas such as web design / development and videography (both fields typically underrepresented by women) as well as graphic design, copywriting, and music.

Ancestry.com is recognizing the ratification of the 19th Amendment — August 26 is the centennial date — with the “Make Them Count” campaign that celebrates those that helped to gain females the right to vote.

The campaign, developed in-house with production shop Bonfire Labs, elicits viewer curiosity to discover whether they had people in their family histories that helped gain women voting rights.

In addition to a TV ad and digital content, the platform will unveil thousands of new records for free that encourage users to connect their heritage to the suffrage movement.

Omniwomen UK is teaming with its Allies team, a global initiative dedicated to increasing the number, seniority and influence of women across the Omnicom network, to host the sixth annual leadership summit on Tuesday, March 10. The event — as of now still happening despite Coronavirus fears— will include 300 Omniwomen UK delegates to experience a day of workshops and discussions to provide inspiration and mentorship opportunities.

For the second year running, the group is raising money for Theirworld, a children’s charity committed to ending the global education crisis. The summit will also be raising funds to support three refugee women living in Lebanon through a three-year MBA program as part of Omnicom’s commitment to the U.N. Strategic Development Goal for Education.

U.N. Women and agency Erich & Kallman are introducing a PSA with a throwback appeal to remind viewers about inequalities. The spot transforms a male newscaster as he recites statistics about gender equality as the background changes from the 1950s to present day. The ad ends with the message that in 2020, no country in the world has achieved gender equality.

Brussels-based agency mortierbrigade recognized European Equal Pay Day on February 27 with a tongue-in-cheek ad that addresses how women are advised not to have children to avoid hurting their careers by suggesting their solution is to wait until they are old and retired.

Berlin Cameron is releasing research conducted with insights platform Perksy that finds women actually want brands to stop using IWD as a way to drive sales. The report shows nearly all women (90%) think female issues are a year-round issue and 30% think brands advocating for women in ads is just an excuse to drive sales.

Unsurprisingly, women say the biggest misinterpretation brands consistently make in advertising is overly sexualizing women (38%) or showing them in stereotypical contexts (27%). The survey finds nearly half of women think brands should still address these matters in their ads and marketing, because 37% believe brands have the power to solve some of women’s most pressing issues, such as sexual harassment and equal pay.