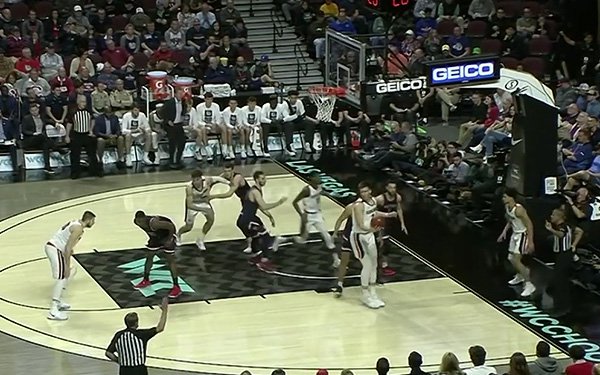 Molson Coors is pulling ads and ancillary material in which Coors Light jokingly refers to itself as the “Official Beer of Working Remotely” for fears that the pitch seems to be making light of people who are self-quarantining because of the COVID-19 health crisis.

Coors Light launched the ads this month in time for the NCAA March Madness tournament, which is scheduled to begin March 17. (But the fate of those games is uncertain too.)

“The spot was a play on the notorious loss of work productivity during March Madness. It landed well with distributors,” Molson Coors CMO Michelle St. Jacques wrote in a memo to the companies nationwide that deliver the beer in local markets. The memo was first published in the trade publication Beer Business Daily.

She went on to say that in the current environment, that commercial might seem insensitive.

In fact, NCAA fans are routinely distracted from work by the games which in early rounds are played during work hours. For years, NCAA's March Madness website has featured a "boss button." Clicking on it quickly replaces a live stream of a game with a fake screenshot of a search engine, spreadsheet or PowerPoint that looks legit when a boss may walk by. A more modern deviation is to "work" from home and watch the games in peace.

But now, when some companies are requiring employees to work remotely because of coronavirus fears, the ad could be seen to be mocking this cautionary measure.

In a statement, St. Jacques today told Marketing Daily: “In light of the coronavirus outbreak, and the recent development of some companies asking employees to stay home from work to prevent further spread of the virus, we have made the decision to suspend the Coors Light 'Official Beer of Working Remotely' March hoops spot that we shared at [the] convention. While this was a tough decision, we believe it is the right one given the serious concerns about the outbreak across the country. The last thing we want is for our communication to seem insensitive or be misinterpreted.”

But St. Jacques retained the possibility that she could revisit the decision. “We will continue to monitor the conversation on a daily basis and if the situation changes, we will look to launch the creative later this month,” she wrote.

A spokesman said Coors Light will run other ads instead.

Last July, Coors Light hit on the facetious “official beer” proclamation idea with an ad showing a young woman arriving at her apartment after work, popping open a beer and deftly removing her bra without disturbing the blouse over it. That ad proclaimed Coors Light “The Official Beer of Being Done Wearing a Bra.”