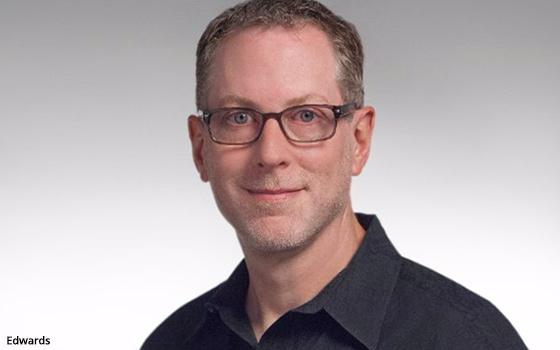 After 14 years at R/GA, Edwards realized that he needed to reinvent himself, he explains. “The ad agency model has been deconstructing since 2016. Clients are under pressure to deliver, and demand senior talent to help them solve big business and marketing challenges. But they don't always get the senior talent necessary to come up with smart ideas. BeenThereDoneThat has a community of 200 with 20+ years experience. I liked that a lot.”

In the newly created position of global head of growth, Edwards will work alongside Rogers to build out a new team focused on growth and business development. He will be based in New York. “The model that BeenThereDoneThat has created and perfected allows us to solve the biggest problems for the world's biggest brands on a more immediate time frame,” he says.

Edwards has been friends with BTDT’s Roth for more than 20 years, including working together at Ogilvy on IBM back in the early 2000s.

“I reconnected with Lee during the 2019 ANA Masters of Marketing conference, and again a few months ago Lee explained the BeenThereDoneThat model and I was blown away. Brand ideas from super senior strategists and creatives in a week? That sounded revolutionary.”

In addition to his professional skills, he is famously known in advertising and marketing circles for his Instagram weather reports via his @WeatherEdwards handle.