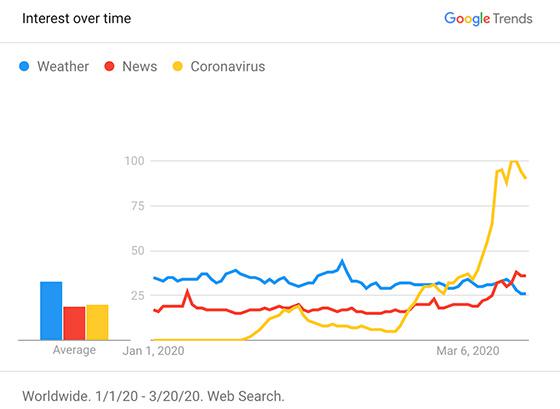 The White House COVID-19 task force announced during the weekend a new consortium -- COVID-19 High Performance Computing Consortium -- to use “supercomputing resources” from some of America’s greatest companies. Consortium members include the White House, the Department of Energy, IBM, Amazon, Google, and Microsoft.

The 16 systems will bring together more than 330 petaflops, 775,000 CPU cores, 34,000 GPUs, and more to help researchers better understand COVID-19, its treatments and potential cures.

The idea is to offer “supercomputing power to scientists, medical researchers and government agencies as they respond to and mitigate this global emergency,” Dario Gil, director of IBM Research, wrote in a blog post.

Google, which is part of the consortium, already launched its own portal dedicated to information about COVID-19, as the virus becomes the most searched on topic.

In fact, Emily Moxley, product management director of search, writes in a post that currently searches about the virus tops even “some of the most common and consistent queries the company has ever seen in search.”

The new information portal From Google highlights health information, safety and prevention tips, data and insights, support and relief information and other resources.

Similar to Microsoft Bing’s COVID-19 map and news aggregator, Google’s portal allows those seeking information explore a map of affected areas worldwide. The United States now has 35,418 of the world’s 341,560 confirmed cases, according to Google’s tracker. There has been 175 recovered cases and 473 deaths in the United States.