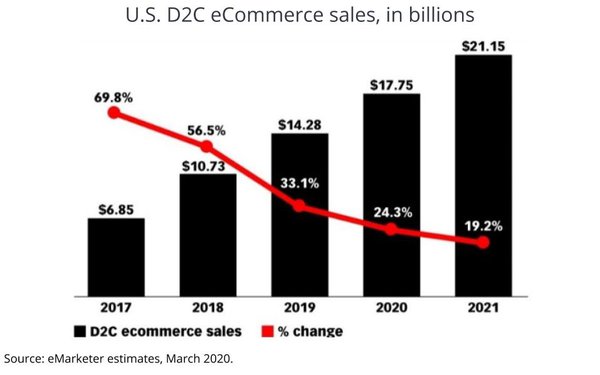 In its first discrete estimates for the direct-to-consumer (D2C) marketing category, eMarketer projects it will expand more than 24%, reaching nearly $18 billion this year in the U.S., despite "mounting challenges" created by the pandemic.

While the category's growth has been decelerating, it nonetheless is projected to expand at healthy double-digit rates for the next couple of years despite the national health crisis.

Some analysts have predicted D2C marketing could actually benefit from U.S. consumers shifting more toward ecommerce and digital shopping to avoid brick-and-mortar contact.

One of the big drivers in eMarketer's calculations is the expansion of the D2C consumer base, which it defines as internet users 14 years or older who have purchased at least one D2C product in the past year via the brand's site or app.

eMarketer projects 87.3 million Americans now fall in that category, representing more than 43% of all digital shoppers. 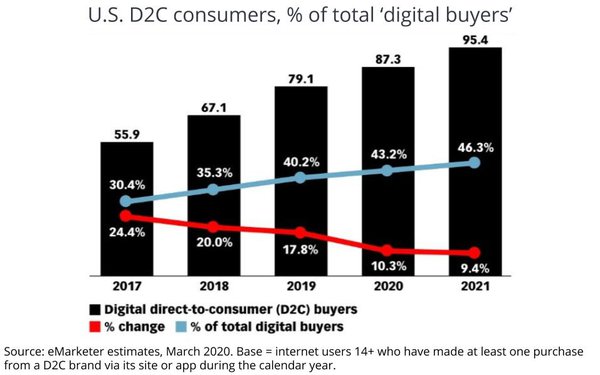