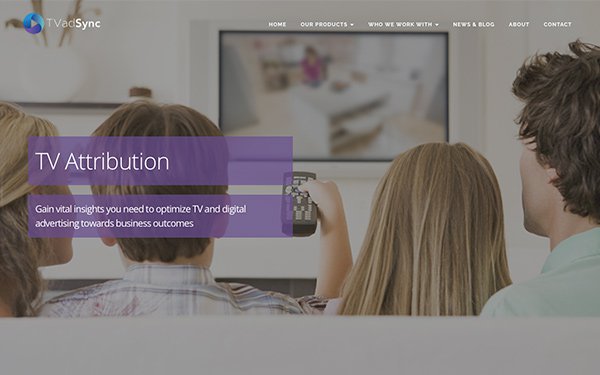 TVadSync, a 5-year-old TV data platform, says it has started a faster automated TV attribution service that can deliver results based on smart TV data within 24 hours of a media campaign going live.

The 24-hour turnaround process for a live media campaign “marks a significant improvement over the industry standard manual attribution, which can take weeks or even months to deliver,” per the company.

TVadSync claims the data comes from what it calls the largest base of smart TV ACR (automated content recognition) data: Vizio and LG TV sets. Together, they have a 36% share of the U.S. market.

The company has access to nearly 20 million total U.S. TV homes, with data coming from Vizio’s Inscape unit, and, for LG-branded TV sets, data through a partnership with Nielsen’s Gracenote.

In July 2019, TVadSync released a media planning and analytics tool that created “clusters” of viewers, based on the TV and video content they consume. Existing clients include media buying and planning groups, as well as TV content producers.