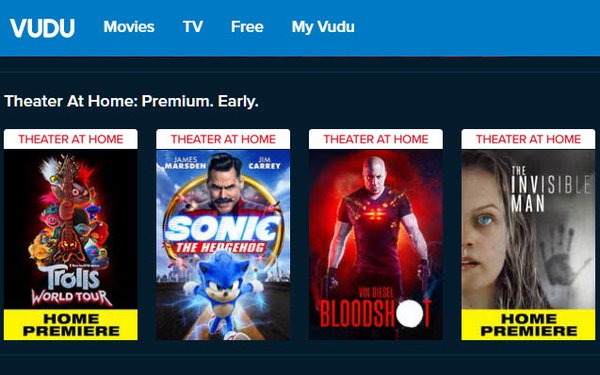 Terms of the Vudu deal, which had reportedly been under discussion for months, were not disclosed, although Fandango told some press that it will release more information once the deal is finalized.

Vudu — a then-four-year-old venture acquired by Walmart in 2010 for a reported $100 million — includes a video-on-demand service that charges fees to rent or own any of its 150,000 individual titles, plus Movies On Us, a free, ad-supported streaming service offering more than 10,000 titles. No subscription is required to use the services.

The Vudu app is installed on about 100 million devices, including smart TVs, connected Blu-ray players, game consoles (Xbox One/S/X, Playstation 3 and 4), streaming devices (Apple TV, Roku, Chromecast and others), Nvidia Shield, Android and iOS devices, and Windows 10 devices. In addition, its mobile app has more than 14 million downloads. Vudu had 25 million users as of October 2018, according to Walmart.

Fandango, which began as a movie-ticketing business in 2000, launched transactional VOD platform FandangoNow in 2016, after acquiring the M-GO streaming service. Warner Bros. owns a minority stake in Fandango.

And while scaling up its transactional VOD business is a primary reason for Fandango’s acquisition of Vudu — it’s reportedly looking to compete with Amazon and iTunes, not the big SVODs and AVODs — Vudu and FandangoNow will continue as separate services, at least for the present.

In a blog post on its site, Vudu told its users that “nothing about the Vudu experience is changing,” including their ability to use their Walmart.com credentials to sign into the service.

“Our priority is to ensure that Vudu customers and partners are given the highest level of service during this time of transition,” the post adds. “So, there will be no immediate changes to either service. In the months ahead, we will explore ways to bring great online entertainment experiences to our valued customers.”

The Vudu acquisition comes at a time when the pandemic’s shutdown of movie theaters has accelerated NBCU’s experimentation with premium streaming of major titles — notably, its direct-to-OTT debut of “Trolls World Tour,” which generated record-breaking single-day and opening-weekend rentals. The “Trolls” sequel, which was available through Vudu, among many other platforms, also set a streaming debut record on FandangoNow.

Comcast, which last week launched the SVOD version of its Peacock service to Comcast customers, also acquired the AVOD Xumo in February, for a reported $100 million, and acquired U.K. satellite streaming operator Sky in 2019, for $40 billion.

For all of its size and advantages — including the ability to offer transaction-based first-party data for ad targeting on a massive scale — Walmart has struggled to create a successful digital content business. It has started or nearly started, then abandoned, several ventures during the past decade — including a plan to build its own streamer targeted to U.S. “heartland” consumers, and families in particular.

The world’s largest retailer reportedly began exploring a sale of Vudu a few months ago. As of last year’s NewFronts and even into the fall, Walmart was still touting its intention to become a major player in the ad-supported streaming sector.

Meanwhile, Fox announced late yesterday that its $440-million acquisition of AVOD Tubi, revealed in mid March, has now been completed.

Fox has said it will continue to run Tubi as an independent service, although it will use the streamer to offer subscribers old Fox shows and free movies, as well as more sports and news content.