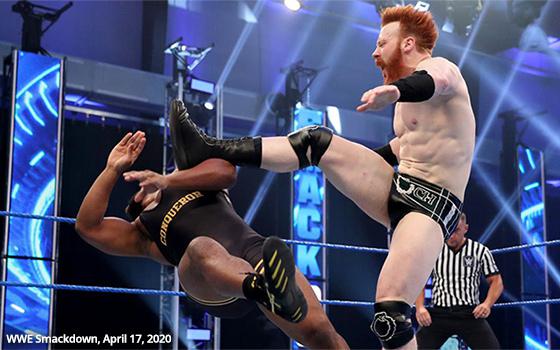 WWE Entertainment reported that COVID-19 had little to no effect on its first-quarter business activity, with revenues growing 60% to $291 million.

Loop Capital said that with sharply rising revenues as well as aggressive cost cuts, it believes the wrestling content business “will be in strong demand and WWE will be the dominant player."

Media revenues -- from TV shows and streaming video platforms -- witnessed much the same situation in their results, up $256.6 million from $135.4 million.

Live event revenues were down 33% to $17.5 million from $26.2 million, largely due to the lack of in-person attendance.

Presently all its events and platforms are being televised with no in-arena audiences in Orlando, Fla. This includes its live WrestleMania Week -- March 25 and March 26 -- as well as weekly TV shows on USA Network “Monday Night Raw” and Fox “Friday Night Smackdown.”

This year’s WrestleMania Week posted more than 967 million video views across digital and social platforms, representing a 20% increase from the prior year.

WWE Network, the company’s video streaming platform, saw average paid subscribers up 5% to 1.46 million, meeting expectations. When including all subscribers, including free trials -- that number was up 5% to 2.10 million on April 6.

Although the first quarter was not affected by COVID-19, the company has reduced employees, talent and other costs, and delayed approximately $140 million in capital spending.