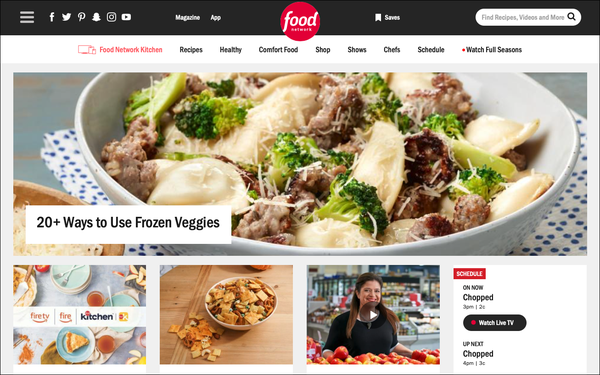 For the first half of the month of April, Food Network is up 22% year-over-year to average 223,000 total day 18-49 viewers, looking at Nielsen’s average minute commercial rating plus three days of time-shifted viewing (C3), according to analysis from MoffettNathanson Research.

Those networks generally witnessed mostly declines in March -- with a 3% increase for TLC, an 8% decline for Lifetime, a 1% gain for Comedy Central, a 22% drop for TBS and a 3% pullback for Food Network.