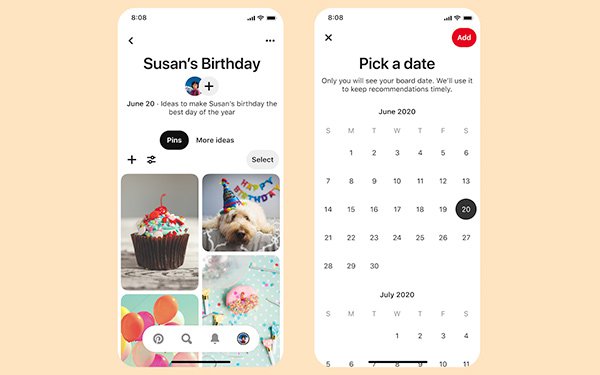 Pinterest reported that Q1 2020 revenue came in at nearly $272 million, slightly lower than the street’s expectations of nearly $275 million.

“Management indicated that deceleration has ‘stabilized’ during April and into the month of May at these lower levels” -- down about 8% in April compared with a year ago, Levine wrote in a note published Wednesday.

Colin Sebastian, senior analyst at Robert W. Baird, wrote: “Pinterest is suffering from stiff headwinds impacting the online advertising market broadly, but to a greater degree than larger platforms.” He believes the company is likely to improve through 2020, but recovery will likely be slower than its larger piers like Google and Facebook.

“Overall advertiser trends improved after a significant pullback in March, stabilizing in April, consistent with commentary from other online ad platforms,” he wrote. “Pinterest monetization is dependent on its users' planning projects and making purchases – house remodels, spring wardrobes, weddings, and even summer travel. As consumers postpone or moderate the scale of their projects, it became quickly challenging for to monetize the user base, even with the increase in engagement.

Today Pinterest introduced a feature to make planning for recipes, virtual events, and future activities easier. The board organizer allows pinners to plan and take action on their ideas. Improvements include the ability to add details like ingredients from a recipe and pull them up at the store, or write out a to-do list on the board or add visual reminder with pins as notes for a project.

By adding a date, pinners can track the timeline for their project and archive the board once finished. The boards, according to Pinterest, can become a personal assistant. Pinterest will suggest sections to organize the boards. And when a pin gets saved, Pinterest will offer a guided experience at the beginning of the project.

Using machine learning and its PinSage technology, Pinterest built what it calls a “Pin-clustering solution” to determine where and how Pins should be organized, allowing the company to group together similar Pins and suggest new board sections with appropriate names.

Engagement with boards rose nearly 75% globally year-over-year and nearly 50% month-over-month, according to Pinterest.

In March, the platform said it saw a 60% increase in the number of boards created compared with the same time a year ago.