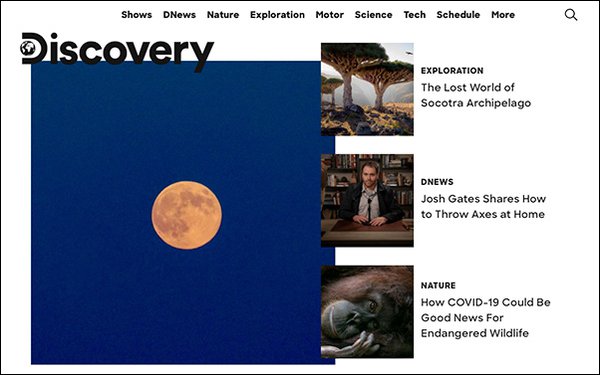 Discovery witnessed a sharp 20% decline in U.S. advertising revenue year-over-year in April as marketers ramped up cancellations of media schedules that began in the final weeks of March due to COVID-19 issues.

As with many other media network groups, categories such as travel/tourism, movie studios, retailers, and some automotive marketers, pulled back advertising.

“We have predictably seen higher cancellations in the second quarter,” Smith says, adding that the declines in May and June are slightly better than the declines in April. “We remind you this a very fluid marketplace at the moment.”

With regard to the third-quarter option period -- which typically has a May 1 deadline for marketers to make decisions in whether to cancel up to 50% of upfront deals made a year ago -- Wiedenfels said, “it’s way too early to have a view.”

Before COVID-19 issues began to have a major effect, Discovery was able to maintain steady advertising results from the January-March period.

For the first quarter of this year, U.S. advertising was flat at $1.03 billion, with U.S. distribution revenue from pay TV providers up 2% to $708 million.

First-quarter prime-time viewership was down 12% on average across all its networks, according to Bernstein Research analysis of Nielsen data. In addition, first-quarter 2020 subscribers dipped 4% for its top-rated networks and 6% for all its networks versus a 3% and 5% decline, respectively, in the fourth quarter.

Discovery said during April it witnessed viewership spikes for its food and home channel and programming.

International advertising was down 4% to $373 million, with distribution revenues down 2% to $515 million.

The day before, AMC Networks said there was an 11% drop in its TV advertising for the first-quarter period. For all its networks -- including top channels ABC Television Network and ESPN -- Walt Disney says there was a “significant decline” in first-quarter advertising revenues.